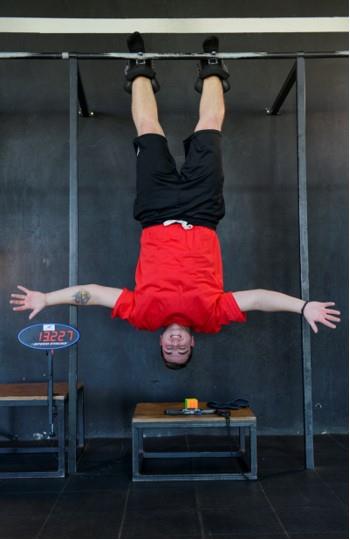 A 17-year –old Cypriot, Mixalis Eleftheriades, holder of 40 national records, can solve the Rubik cube in 13.33 seconds, hanging upside down.

He is claiming a place in the Guinness Book of Records. He beat the previous record holder, a Chinese athlete who solve the cube in 15.84 seconds, in «Fastest Time to Solve the Rubik Cube Upside Down».

Next week, on 22 February Mixalis is co-organising a competition, to be attended by athletes from 12 countries. Cyprus does not have an official federation Cubik, so anybody who wants to participate should register with the World Cube Association. The competition is open to the public.

Mixalis got his first Rubik cube four years ago and within 2 hours he managed to solve all six sides. Now it takes him seconds. His record stands at 9.64 seconds in a competition in Pafos, last year.

He has won various prizes in Cyprus, Greece and Britain where he was among the top 20 working on the big cubes (6×6 and 7×7), and he is among the 132 best athletes in the world.