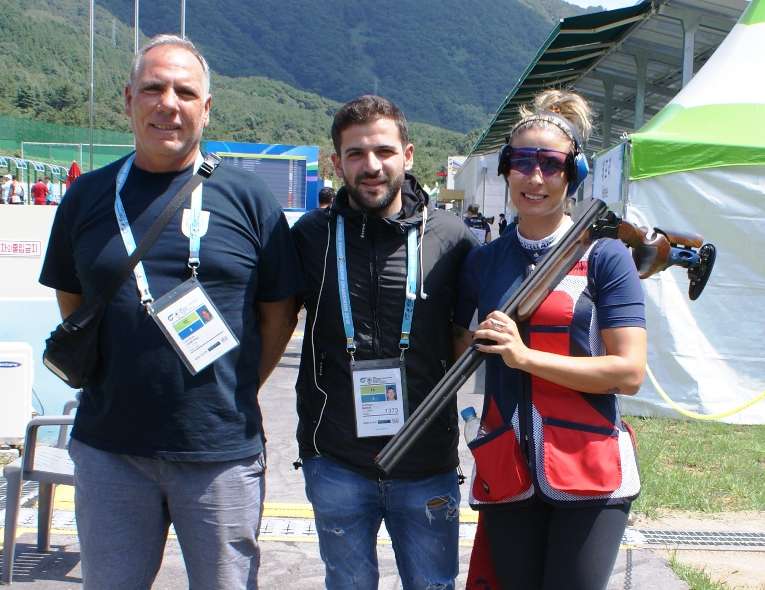 Makris, 28, secured the first place in trap shooting and together he qualified for the Tokyo 2020 Olympics.

Having qualified to the final of the men’s trap event with 123 targets from 125, Makris had the chance to compete for one of the two Olympic tickets that the Changwon games offer.

In the final Makris faced Australian James Willet who had already qualified for the Olympics, as well as two athletes from Turkey, one from France and Coward Holley from the UK.

In the final shoot-off, Makris managed to beat Holley and secured both the gold medal and the opportunity to participate in the Olympics.

In total, 110 shooters competed in the games.

This is the third qualification for the Olympics for Cyprus and the second for the sport of shooting, as Andri Eleftheriou has already secured her ticket for Tokyo in women’s skeet.

Olympic medalist and Pavlos Kontides had earlier in the year qualified for Tokyo in the sport of sailing.

This is the first time since 1992 and the Barcelona Olympics, that a Cypriot athlete qualifies for Olympic men’s trap shooting.

By In Cyprus
Previous articleNew National Strategic Framework on Research and Innovation 2019-2023
Next articleNicos Kasinis: Bonelli eagle a protected bird in the EU