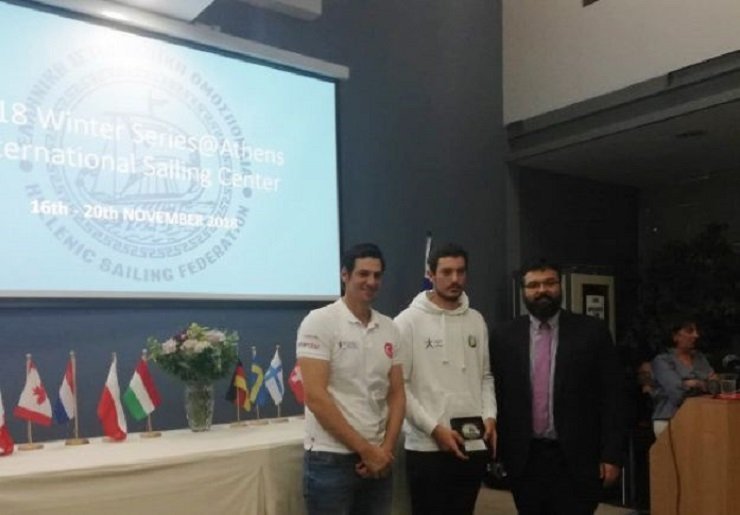 Cypriot sailor Panagiotis Iordanou gave his boat to a Turkish athlete whose boat was damaged, in order to complete a a race they were both competing in, last week.

Iordanou who was behind in the race, quit and gave his boat to Alican Kaynar, whose own boat broke during the 5th race of the Winter Series 2018 in Greece, to help him compete for a medal.

Iordanou said they had just finished the 5th race and were preparing for the 6th, the last of the day, when he noticed Kaynar having problems with boat.

“He was still in the race for the medals and he wouldn’t be able to continue,” he told the Athens News Agency. “I thought, since I’m a bit behind, I’ll give him my boat so that he can compete for the medal.”

Kaynar, sailing in Iordanou’s boat, went on to win the bronze medal.

“There are many problems between our countries but when I’m at sea I don’t think about them. I didn’t think he is a Turk and I’m a Cypriot. He is my friend, I probably don’t have such good Cypriot friends,” Iordanou said. “I thought I’m an athlete he is an athlete he needs my help, and I gave it to him.”

Kaynar said he was pleasantly surprised by the Cypriot’s gesture. “It was a nice move, which I didn’t expect,” he said. “I managed to stay in the race and with the points I collected, I won the medal. This move should be an example for young kids,” Kaynar said.

“This is what sports are about,” Iordanou added.

The Cypriot sailor was honoured by the Greek sailing federation,which decided to nominate Iordanou for an International Fair Play award.