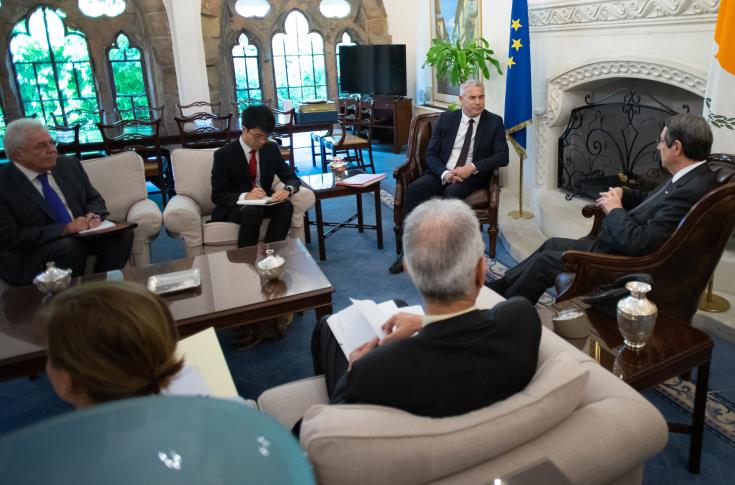 The visit by the Secretary of State for Brexit Stephen Barclay to Cyprus today is part of the UK Government’s engagement with EU member states “as the UK seeks to reach a deal with the backstop removed,” a spokesperson for the Department for Exiting the EU (DExEU) told the Cyprus News Agency in London.

Barclay will be meeting with European counterparts and business leaders to provide an update on the latest talks, they added.

“As well as his visits to Member States this week, the Secretary of State will be stepping up his engagement with Michel Barnier over the coming days, following on from Monday’s constructive meeting in Luxembourg,” said the spokesperson.

Responding to a question about the post-Brexit future of Cypriot nationals living in the UK, the DExEU spokesperson noted: “We have made an unequivocal guarantee to the 30,000 Cypriot nationals living and working in the UK. They will have absolute legal certainty of the rights to work, study and access benefits and services on the same basis as now under any Brexit scenario.

By In Cyprus
Previous articleConcern over spike in malicious fires in the Akamas
Next articleIran tells US: Response to any attack “won’t be limited to its source”