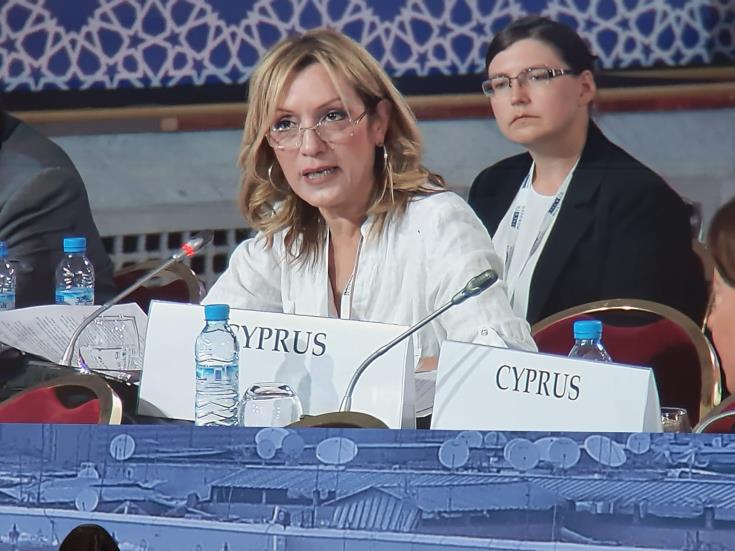 Irene Charalambidou, Cypriot Member of the Parliament and Vice President of the Parliamentary Assembly of the Organization for Security and Cooperation in Europe (OSCE), stressed the important contribution of Greek Cypriot and Turkish Cypriot women organizations in the efforts for reunification and peace in Cyprus.

According to an announcement by the Parliament, Charalambidou participated in a teleconference of the Parliamentary Assembly of the Organization for Security and Cooperation in Europe (OSCE), during which the members discussed the implementation of UNSC resolution 1325.

Charalambidou, in her intervention before the Assembly stressed the need for effective implementation of the resolution, and pointed out that Cyprus continues to suffer from the consequences of the Turkish invasion and occupation.

Therefore, she stressed, Cyprus is fully aware of the importance of the resolution and also of the consequences, especially for women and girls, of military conflicts. She went on to say that Cypriot women “were tortured, raped, humiliated, and many of them were brutally murdered” during the Turkish illegal invasion to Cyprus in 1974. “Yes, Turkey has used sexual violence as a weapon of war in Cyprus,” she said.

Cyprus has been divided since 1974, when Turkish troops invaded and occupied 37% of its territory. Numerous UN-backed talks to reunite the island have failed to yield results.

By gavriella
Previous articleRapid antigen testing units – Friday, 10 September 2021; who is eligible
Next articleCommission announces disbursement of €157 million for Cyprus from Recovery Facility