Cypriot Minister of Defence meets his Irish counterpart in Dublin 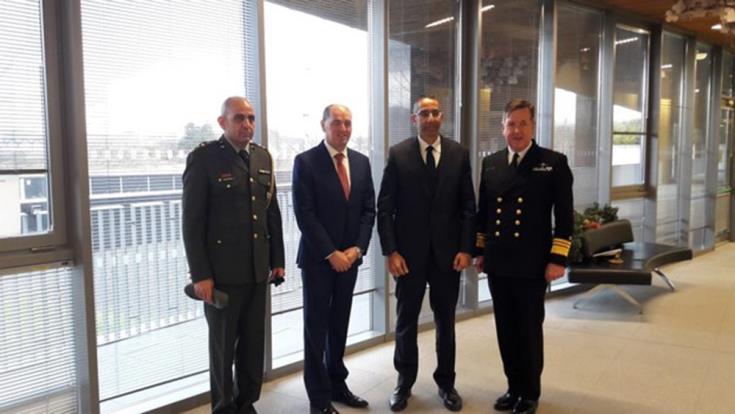 Cypriot Minister of Defence Savvas Angelides, met in Dublin with his Irish counterpart Paul Kehoe during an official visit to Ireland.

According to a press release, during the meeting, the two ministers confirmed the very good relations between Cyprus and Ireland and discussed issues related to bilateral cooperation in the field of security and defence and the cooperation in the framework of the EU Common Security and Defence Policy. In particular, they exchanged views on the participation of the two countries in PESCO programs.

Angelides also visited the Military College and the United Nations Training School in Ireland, where he addressed the students with a speech entitled “The UN Peacekeeping Force in Cyprus.”

By In Cyprus
Previous articleMarbre Fusion Grill
Next articleHourly labour costs grew both in Cyprus and the Eurozone by 2.5% during Q3 2018