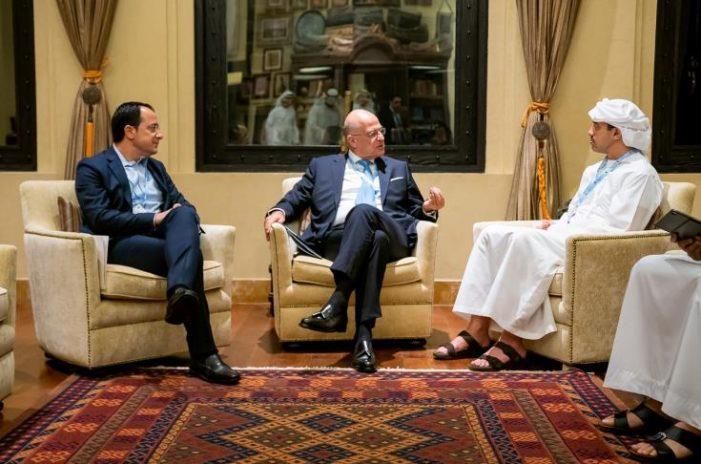 The Cypriot, Greek, Israeli and Emirati foreign ministers are to meet in the coastal city of Paphos for two days from Friday.

This is the first meeting of its kind involving the four nations, as part of efforts to advance regional strategic interests.

“The talks will touch on the pandemic and its effects, economic cooperation, energy (and) tourism, among other issues, and aims to enhance peace, stability, and security in the wider region,” the Foreign Ministry in Nicosia said in a statement.

They would also meet President Nicos Anastasiades in Paphos on Saturday, although the UAE delegation would take part by video link, it added.

Nicosia also stressed that the unprecedented four-way talks would “take advantage of the prospects opened” by “the recent normalisation of relations between Israel and the United Arab Emirates”.

The UAE and Israel formalised ties last year, one of four deals the US brokered between Israel and Arab countries.

The talks also follow tensions between Turkey and its neighbours over gas exploration in the eastern Mediterranean.