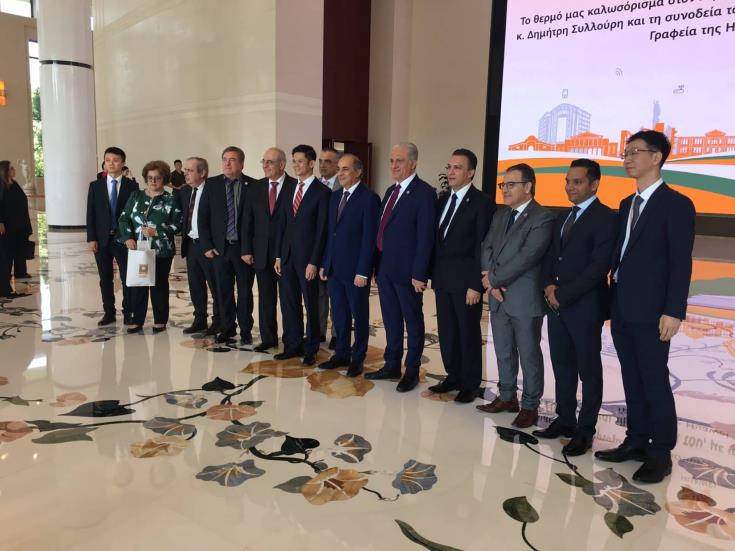 A Cypriot delegation made up of deputies and business people and headed by House President Demetris Syllouris on Saturday met in fast- growing Chinese city of Shenzhen with representatives of giant Chinese technological companies.

The aim of the talks was potential cooperation between the China and Cyprus in the sector of research, universities and investment.

The delegation visited the offices of the Chinese leading global provider of information and communications technology (ICT) infrastructure and smart devices, Huawei, where they met its executive leaders and saw some of its technological achievements.

Moreover the delegation paid visits to the Ping’ an financial, insurance and digital services centre where it was briefed about these services and the Cheung Kong Graduate School of Business, which is considered one of the major graduate business schools in China, with a leading role in the growing Chinese private sector.

Syllouris said in a statement that the Cyprus parliament was undertaking an initiative to bring foreign research centres, universities, investment organisations and business people closer to Cyprus.

The goal is to modernise the country’s economy, in the framework of the electronic governance and in order “to be able to enter an era in which research will bring production and the creation of new jobs for scientists.”

He also said that China had the know-how, the power and the economic capacity to cooperate with the small country of Cyprus and its remarkable human resources, its universities, so that Cyprus could enter into a new era.

Syllouris said that certain small steps had been made during the last two years, at the House initiative, noting that the government had also made a lot of things and that through cooperation Cyprus can enter into the new route of digital economy.

He recalled that the Cyprus House had organised conferences on the fourth Industrial Revolution and had undertaken an initiative to promote Blockchain technology, an issue that will be regulated through legislation.

In Shenzhen, the Cypriot delegation also visited the Exhibition on the Reform and Opening-up of China and the Museum of Contemporary Art and Urban Planning.