Cypriot delegation in Greece continues its work in Parnitha (PHOTOS) 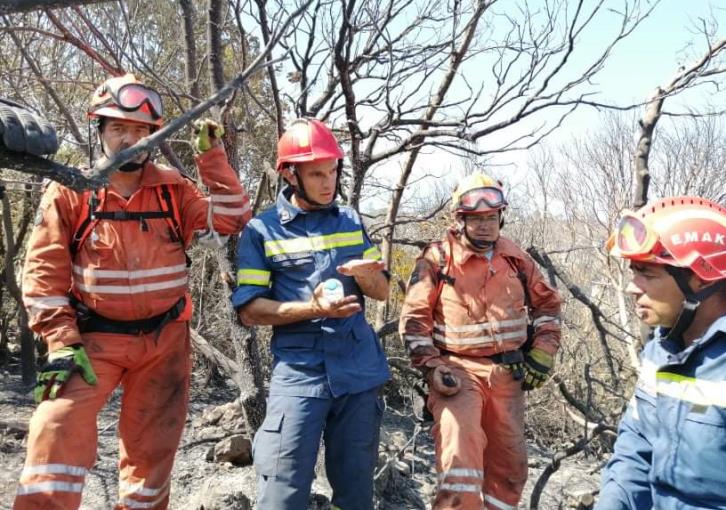 It is a difficult area without easy access where the members of the Cypriot delegation are patrolling in order to guard it.

According to Olivia Michailidou, even the person who was injured from the Cypriot delegation has now undertaken a role in the local coordination center, after he has been treated and rested.

Together with members of the Greek Fire Department, the Cypriots are outlining the burned area and are facing any rekindling of fires. By gavriella
Previous articleRapid antigen testing units – Tuesday 10 August 2021; who is eligible
Next article‘Red alert’ for risk of fires continues to be in place on Tuesday