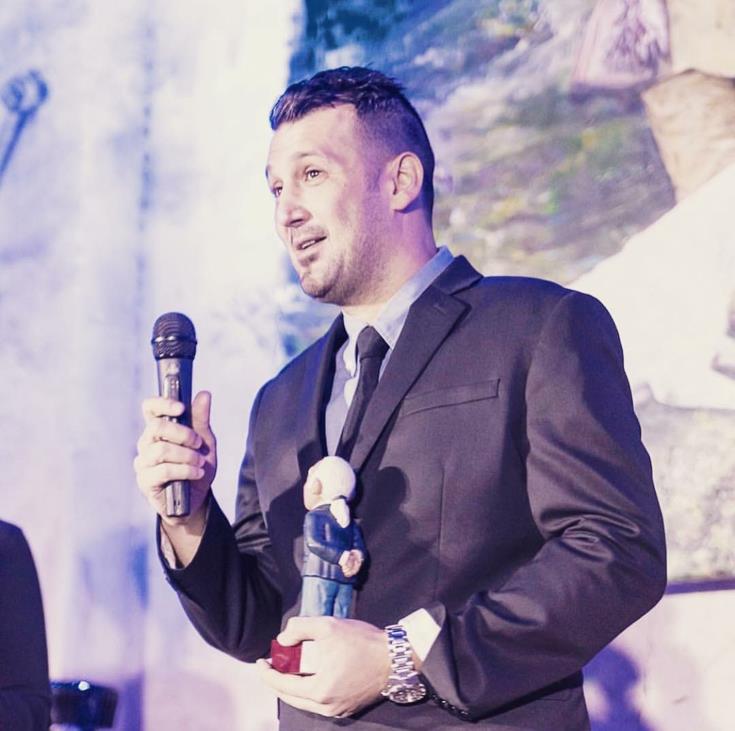 George Kallis, a Cypriot composer, won the ‘Best Score for a Feature Film’ award at the 13th edition of the Jerry Goldsmith Awards.

The award ceremony was held in  Jaen, Spain.

Los-Angeles-based Kallis won the award for his score for the movie Last Knight (Poslyetniy bogatyr, also known as The Last Warrior).

In November 2017, Last Knight became the highest-grossing local-language release of all time in Russia by topping out at $29.5 million. In Russia, the film holds the 12th place among biggest box-office hits.

After the receiving the award, Kallis said: “It was my honor to write the score for this film, a Disney production by director Dmitriy Dyachenko. This film is not only entertaining and adventurous but, above all, it is a film that captured audiences’ and, as a result, generated a substantial amount of income for its creators.”

Kallis stated that the film’s score was mainly influenced by traditional Russian musical themes. It was recorded in Moscow with the participation of a 70-member orchestra and choir.

This was the second major award in Kallis’ career as, after the ‘Breakthrough Composer of the Year’ award voted by The International Film Music Critics Association (IFMCA) that he won in February 2018.

Jerry Goldsmith Awards aim to recognize the work of musicians in the audiovisual sector (film, television, advertising or other areas), especially of those who, despite having a career, have not obtained a well deserved recognition. And always with particular attention to young composers, novice or that are beginning to have experience.

By In Cyprus
Previous articleElectricity prices to go up by 3.9% in November
Next articleUK business chiefs call for another EU referendum