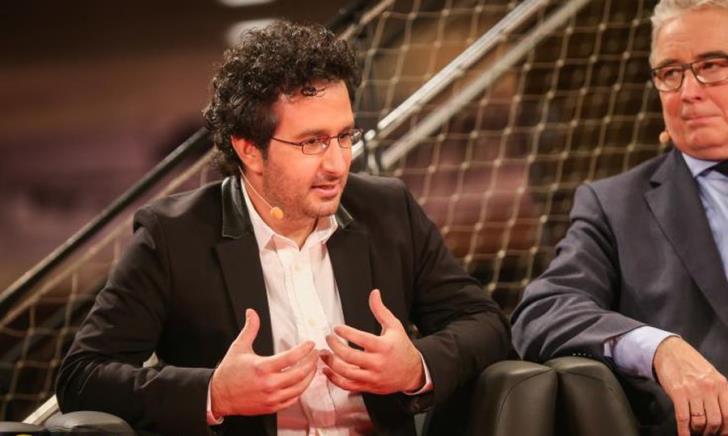 Cypriot composer and director Marios Joannou Elia is notching up one success after another in Russia where he has received seven awards for his artistic contribution and work since January.

Elia composed “Sound of Vladivostok” a production that involved 350 musicians and over 20 institutions and has been staged 20 times so far in Russia and Germany. The audiovisual team recorded over 600 sounds/soundscapes and captured imagery from the city’s most intimate and important landscapes.

Dozens of citizens contributed to this process by indicating spots of their favourite city sounds. Elia said at the time that “the project is an effort to stage the entire city of Vladivostok in a contemporary way, but because this is not practically possible with any of the traditional musical forms, the most effective medium in our case is that of film. The two mediums, music and film, complement one another flawlessly. Elements that can not be clearly perceived with sound, will be better understood via the imagery of the locations or objects, and vice versa”.

The Greek premiere is scheduled for September 17 at the Drama Film Festival.

Last June, the world premier of his symphony Varyag was staged  at the Primorye Philharmonic by the Pacific Symphony Orchestra and Choir with the participation of soloists from the famous Marinski theatre.The work was inspired by the the legendary Russian cruiser Varyag during the the Russian-Japanese war at the start of the 2oth century.

Rather than surrender to the Japanese, the crew decided to sink the ship. The symphony is dedicated to the town of Valdivostok, headquarters of the Pacific fleet.

In June, Elias was the honoured guest at a festival “Man and the Sea” organised by Russian state TV at Vladivostok where he received the festival’s prize for “Sound of Vladivostok”.

Elias is currently working on the “Sound of Kyoto” where he will create and direct the work at the invitation of the town’s municipality.

The project will begin in autumn with the participation of various musical groups from the town.

As with Vladivostok the idea is to direct a complex work in which the whole town is converted into a musical stage.