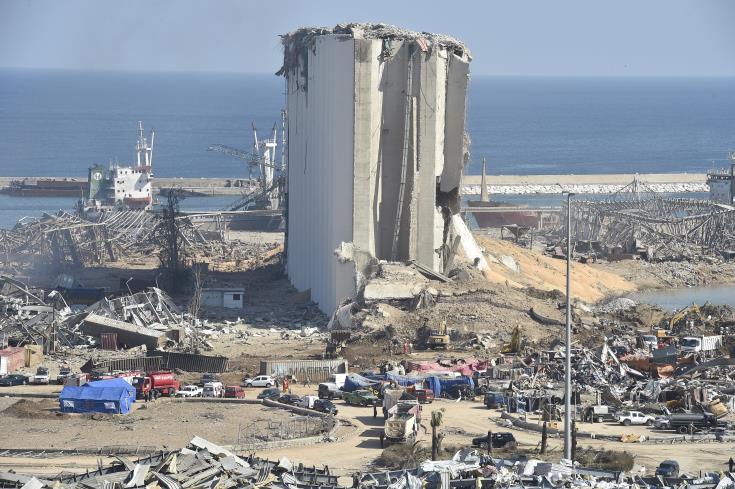 A charter flight that will repatriate Cypriots who wish to return to Cyprus from Lebanon and will transport humanitarian aid to the neighbouring country leaves on Thursday evening at 19:00 from Larnaca airport.

The airplane will leave from Beirut to return to Cyprus at 20:30 the same day.

In statements to CNA, Foreign Ministry Permanent Secretary Kornelios Korneliou said that the actions of the Foreign Ministry to address the situation created due to the fatal blasts in Beirut are taking place at two levels.

The first level, he noted, concerns the repatriation of Cypriots who wish to return to Cyprus and the provision of help to Cypriots who stay in Lebanon and face accommodation problems or have been injured or need any other help. “This is why we activated immediately the Crisis Management Centre,” he noted.

Korneliou said that up until now approximately sixty Cypriots have expressed their interest to return to the island, and their number may rise before the departure from Beirut which is scheduled for 19:00 this evening.

The second level, he noted, concerns the provision of humanitarian aid to Lebanon, on the basis of the needs which exist and in consultation with the government of the neighbouring country.

He said that the help that has been gathered includes medical equipment, medicine and foods which last a long time.

Korneliou said that the interest shown by the private sector and citizens of the Republic to help the Lebanese people is really touching.

Moreover he noted that a team of volunteer doctors is scheduled to go to Lebanon from Cyprus to offer their help.

Two Cyprus Police helicopters flew on Wednesday to Lebanon to assist in the search and rescue efforts for survivors following the devastating deadly explosions that occurred on Tuesday in Beirut.

The teams of the Special Disaster Unit (EMAK) and the Emergency Response Unit consist of the pilots, two sergeants and eight trained dogs.

By In Cyprus
Previous articleBeirut: Cypriot Mission to start operations on Friday
Next articleForty-two-year-old man sentenced to 3.5 years imprisonment on charges of child sexual abuse