Cypriot businessman in Australia accused of stockpiling $400K of steroids 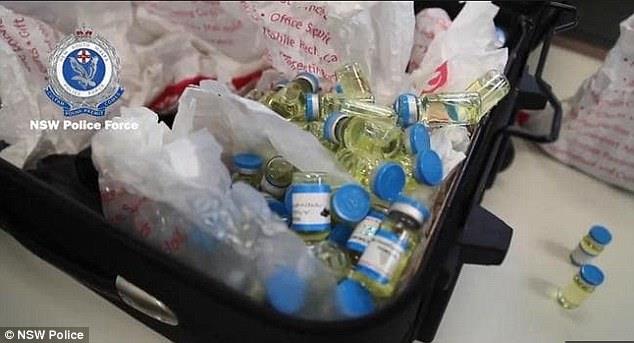 Australian police have charged a  Cypriot businessman whose $100,000 flashy wedding in 2016 captured media attention with stockpiling $400,000 worth of steroids, the Daily Mail has reported.

Andrew Constantinou was arrested  after police raided his home in west Sydney, and allegedly found 3kg of liquid steroids, 150 vials of steroids, and hundreds of packets of prescription medication.

The 36-year-old was allegedly spotted by officers trying to throw a suitcase full of the prescription drugs over his neighbour’s fence during the raid.

Police searches of two other properties linked to the businessman allegedly discovered a horde of steroids.

The flashy 2016 wedding of Constantinou to Rachel Carter stopped traffic in the streets of Sydney.

The procession of Ferraris, Lamborghini, Rolls Royces, and gold-plated Harley-Davidsons, worth a total of $25 million, drove from the Pullman Hotel at Olympic Park to the Waterview Function centre.

Constantinou was charged with drug supply and possession and is due to appear in Bankstown Local Court in December.