Cypriot antiquity returned to Cyprus during a ceremony in Brussels 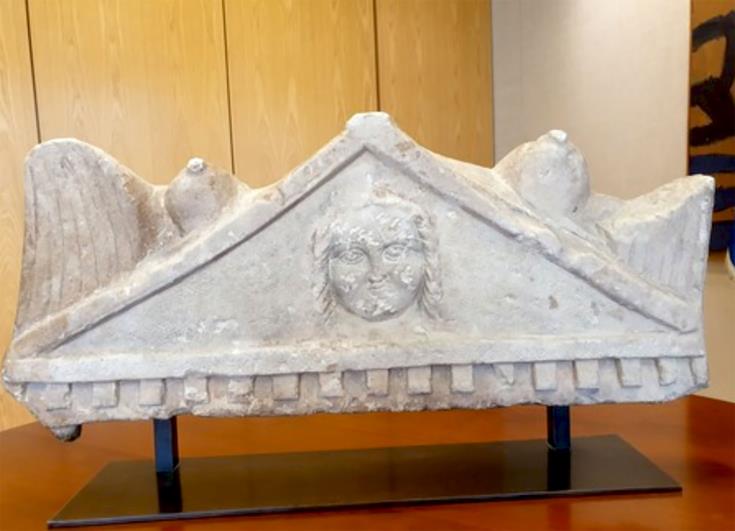 A valuable inscribed Cypriot tombstone was returned on Thursday to Cyprus during a gathering at the country’s Permanent Representation to the EU in Brussels.

The antiquity was returned to Director of the Department of Cyprus Antiquities, Dr. Marina Solomidou-Ieronimidou in the presence of the Ambassador of Cyprus to Belgium, Elpidoforos Economou.

Christiane Kooij had recently informed Ambassador Economou that she and her two brothers inherited the antiquity by their mother and their wish was to return it to its country of origin.

The inscription on the tombstone is dated end of the 4th to the beginning of the 3rd century BC.

The Antiquities department said, in a press release, that it will intensify efforts to encourage the return and protection of cultural heritage both on a local and international level.

It further said that combatting the illicit trafficking of cultural property is a top priority for the department.

The tombstone will be repatriated during a ceremony on 15th September.

By In Cyprus
Previous articleSerious steps of progress have been made, UNSG’s envoy on Cyprus says
Next articleIncident with Greek Cypriot teen who took Turkish flag must not be politicized, Cyprus spokesman says