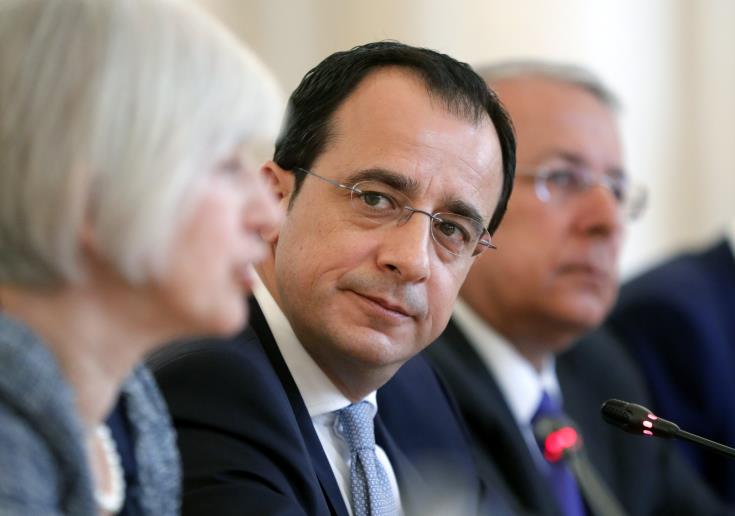 Cyprus Foreign Nicos Christodoulides  held a meeting on Monday with his French counterpart, Jean-Yves Le Drian on the sidelines of the EU28 Council of Foreign Ministers in Brussels.

The two Ministers discussed the Cyprus problem, regional cooperation and the upcoming visit of the French Minister to Cyprus.  Christodoulides also congratulated him on France’s victory in the World Cup.

The Foreign Minister also discussed with his Maltese counterpart, Carmelo Ambella, the country’s close co-operation with Malta within the EU.

Christodoulides will meet with the EU’s High Representative for Foreign Affairs tomorrow and also address a conference of the AJC Transatlantic Institute on the geopolitical role of Cyprus in the Eastern Mediterranean, on regional stability, energy security and countering terrorism.