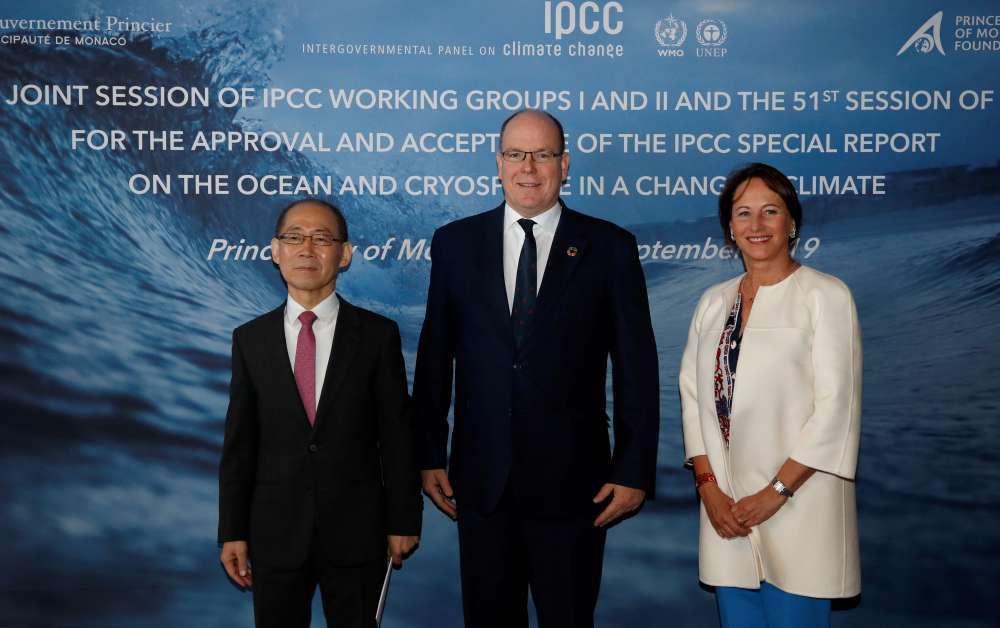 Scientists behind a landmark study of the links between oceans, glaciers, ice caps and the climate delivered a stark warning to the world on Wednesday: slash emissions or watch cities vanish under rising seas, rivers run dry and marine life collapse.

Days after millions of young people demanded an end to the fossil fuel era at protests around the globe, a new report by a U.N.-backed panel of experts found that radical action may yet avert some of the worst possible outcomes of global warming.

But the study was clear that allowing carbon emissions to continue their upward path would upset the balance of the great geophysical systems governing oceans and the frozen regions of the Earth so profoundly that nobody would escape untouched.

“Everybody in the world will be affected by the changes we are seeing,” Michael Meredith, an oceanographer with the British Antarctic Survey and one of the report’s authors, told Reuters.

“The key thing that’s coming out of the report is that we have a choice. The future isn’t set in stone,” he said.

Finalised on Tuesday in a last 27-hour session of talks in Monaco between authors and representatives of governments, the report was the culmination of two years of work by the U.N.-backed Intergovernmental Panel on Climate Change (IPCC).

Compiled by more than 100 authors who crunched 7,000 academic papers, the study documented the implications of warming oceans, fast-melting ice sheets in Greenland and Antarctica and shrinking glaciers for more than 1.3 billion people living in low-lying or high mountain regions.

The report projects that sea levels could rise by one metre (3.3 ft) by 2100 — ten times the rate in the 20th century — if emissions keep climbing. Looking further forward, the rise could exceed five metres by 2300.

In the Himalayas, glaciers feeding ten rivers, including the Ganges and Yangtze, could shrink dramatically if emissions do not fall, hitting water supplies across a swathe of Asia.

The IPCC galvanised global concern over climate change in October when it publishing a report that showed the world would need to halve emissions over the next decade to stand a chance of meeting the temperature goals in the 2015 Paris Agreement.

Following a subsequent report published last month on land use and farming, the IPCC Special Report on the Oceans and Cryosphere — or ‘frozen world’ — was the final piece in a scientific jigsaw revealing the global sweep of climate impacts.

Released two days after a one-day U.N. climate summit in New York closed with scant signs of transformative action by major economies, the latest report underscored the gulf between warnings from science and the policies of most governments.

“If we aren’t able to have ambitious action that enables us to reduce greenhouse gas emissions, we will have these high-end impacts,” said Nerilie Abram, a paleoclimatologist at the Australian National University, and an author of the study. “We’re at a point where we have a decision to make,” she said.

Carbon emissions, which hit a record high last year, are projected to inflict a devastating toll on oceans, which have so far buffered almost all the manmade warming generated by burning coal, oil and gas.

As the oceans get hotter, what are known as “marine heatwaves” are becoming more intense, turning coral reefs boneyard white — including much of Australia’s Great Barrier Reef. As more carbon dioxide dissolves in the water, the oceans are also becoming more acidic, damaging ecosystems.

The rising temperatures are in turn starving the upper layers of the water of oxygen, suffocating marine life, creating growing dead zones, and disrupting the circulation of ocean currents, which then unleashes more disruptive weather on land.

The authors say that long lag times at work in oceans mean that some of these changes will inevitably intensify over centuries — even if the world stopped emitting all its greenhouses gases tomorrow.

But if emissions are allowed to continue rising then the impacts are likely to start accelerating so rapidly that they will overwhelm societies’ capacity to cope, with the poorest and most vulnerable communities and countries succumbing first.

“In a high emissions scenario, the chances of having any reasonable foothold to deal with the impacts becomes much smaller,” said Matthias Garschagen, chair in human geography at LMU Munich, another author. “Systems are changing in a way in recent history that they’ve never changed before.”

Cyprus is ready to repatriate those who belong to the new categories allowed to return following a decision of cabinet announced by President Nicos...
Read more
Local

Cyprus to carry out wider Covid-19 testing in all districts

Cyprus is stepping up tests for coronavirus as part of efforts to gain a better picture of contagion in the community. This was announced by...
Read more
Local

Cyprus will remain in lockdown until the end of April as efforts continue to contain the coronavirus pandemic, President Nicos Anastasiades said on Wednesday. In...
Read more
Local

A 78 year old man named as Iezekiel Papaioannou from Panayia died in a car accident on Wednesday around 1 pm on a Paphos...
Read more

Windy, dust to clear later in the afternoon

Weak low pressure is affecting the area and there will be light dust in the atmosphere which at times may increase but will gradually...
Read more
in-cyprus

Sample taking for free Covid tests is continuing for the second consecutive day in Aradippou  as epidemioligists seek a clearer picture of the extent...
Read more
in-cyprus

Beyond the odd exception (well in certain cases more than the odd), people in Cyprus have by and large adhered to the movement restrictions...
Read more