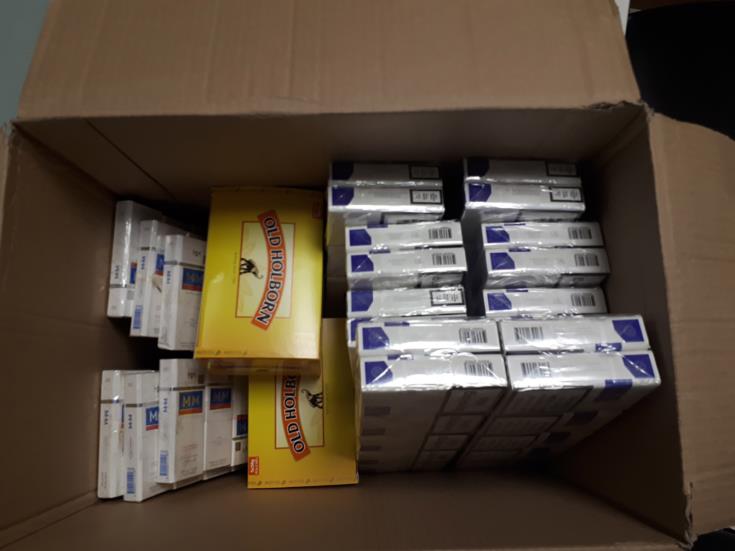 A Department of Customs campaign this week in the districts of Limassol, Paphos and Famagusta has netted duty free tobacco and cigarettes as well as pirated clothes, bags and sunglasses.

In an announcement, it said that during a raid at premises in the Paphos district to find products that violate intellectual property laws, they found 2,602 items — cloths, bags, caps and sunglasses of various brands. The owner left the products at the Customs Department which is investigating.

In another instance, a raid in Paralimni led to the discovery of 2200 cigarettes and 500 grams of tobacco that should normally carry a duty of 490 euro and did not have the Greek and Turkish language health warnings, an indication that they had been brought from the Turkish occupied areas. The products were confiscated and the owner paid 900 euro.

Limassol police also found 50 cartons of cigarettes in a car driven by a Greek Cypriot for which duty of 1750 euro should have been paid and again did not have the Greek and Turkish language health warnings.

The cigarettes and car were confiscated and the Greek Cypriot arrested and remanded in custody for four days.

On Friday, the director of customs agreed to an out of court fine of 3000 euro plus 500 euro for the return of the car.

The man was charged and released. The cigarettes were confiscated.

By In Cyprus
Previous articleIsolated showers and thunderstorms over weekend
Next articleYoung Cypriots, asylum seekers explore ‘Where is home’