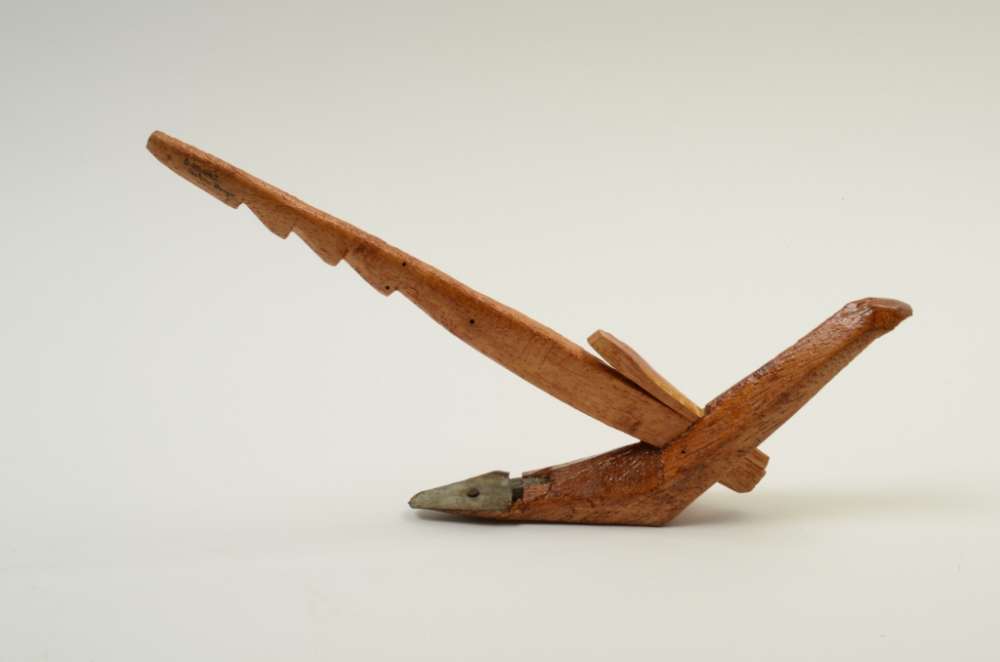 The manufacture of plough is related to the increased agricultural needs of the area, especially in the past. The contribution of the plough manufacturer in the agricultural production was great and he had a vital role in the village.

The plough manufacturer undertook the creation of the plough or the fixing of its broken parts. A plough was considered good when it had the ability to balance on the earth. If it was not steady, the farmer would need more power to do his job.

The basic parts of the plough are the beam, the shoe and the “spathi” (a small piece of wood) which holds the two other parts tied together. The shoe is actually a wooden piece on which the share is based. The beam is a piece of thick and arched wood which is fixed on the shoe. The other parts of the plough are fixed either on the beam or on the shoe according to their use.

The plough manufacturer shaped one part of the beam according to the use he desired, for example semination or cultivation of the land. The weight of the plough was very important because the penetration of the share was actually based on it.

Undoubtedly, the profession of the plough manufacturer was one of the most important in this agricultural village. The profession has disappeared after the industrialization.

Linou is one of the villages that had many traditional professions. Their contribution was huge, especially in previous years when the technological capacities were restricted.

By In Cyprus
Previous articleThe manufacturer of wooden
Next articleNicos Anastasiades: tripartite summit will benefit our governments and people