Flasou: Production of silk and linen fabrics in the old days 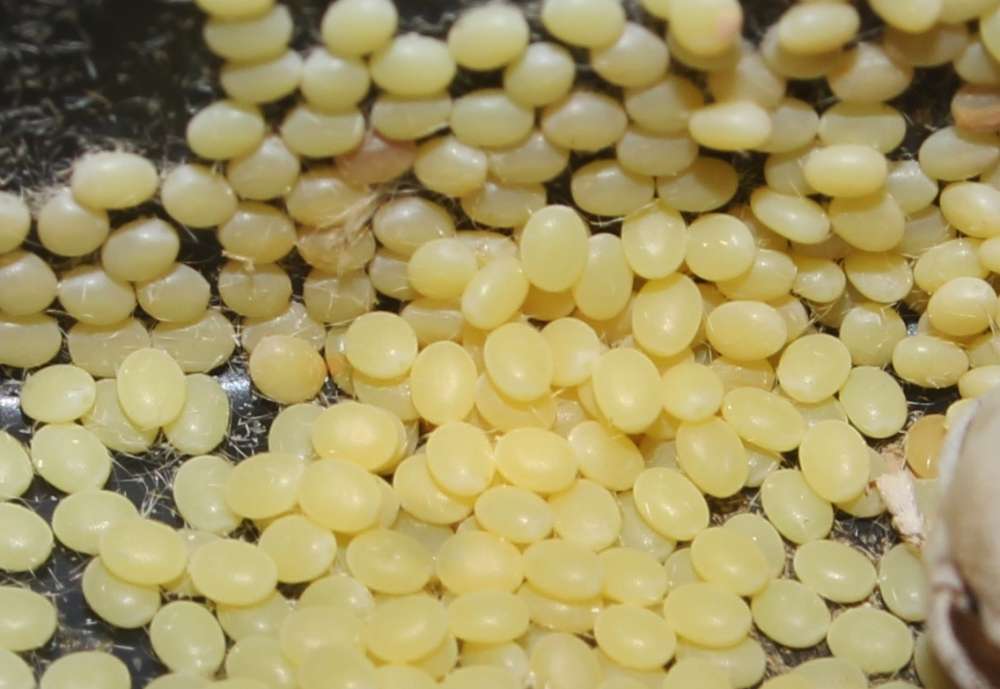 The production of silk was another occupation of the inhabitants of Flassou. The silkworm had three phases or stages: warm, moth, chrysalis

The eggs of the last year’s silk moths, which have been hibernated during the winter months, are warmed. In older times, people used to wrap them into wool clothing or even into their own clothes to quicken the process. This way the eggs were hatched within 15 days.

Thereafter, the silkworms were put in a special environment with twigs, straws and mulberry leaves. The worms stopped eating for a short period of time and the villagers called this period “fasting period”. Gradually the worms became quite ugly, fat and semi transparent and begun to produce a filament silk in a cocoon.

Some of the worms produced silk on the straws and they didn’t manage to spin a cocoon. The birth of a moth caused destruction of the cocoon. The villagers did not allow to the silkworms to pass from all the stages unless they wanted to produce silk through the chrysalis.

Then, the chrysalis was put to sleep by exposure to the sun or hot air. The cocoons were carried in wool bags and they were taken to the silk manufacturer, who was responsible for the process known as reeling, and which would actually give them the silk. The producers estimated that for every 8 oka of cocoons they would get one oka of silk.

This way the inhabitants of Flassou ensured the basic material for the production of the best quality of fabrics. Unfortunately, the traditional way of silk production does not survive in our days.

The women of the village also produced linen fabrics. The production of these fabrics is related with the area of Solea. Linen fabrics were made from 1935 until 1953. The peak year of the production was in 1952.

The flax was cultivated in the area in great quantities and the villagers exploited it. The women of the village processed the fibres (called “stouppa” or “stouppi”) of the plant in the spindle (“rodani”). The fibres were converted to floss which was called “lini”. The white color of the “lini” was accomplished when it was washed in hot water.

Then the women manufactured linen fabrics such as clothes, underwear, table-cloths, sheets etc.

By In Cyprus
Previous article
€1,9 billion out of Cooperative banks within 3 months
Next article
Suspicions over Limassol patients’ troubles