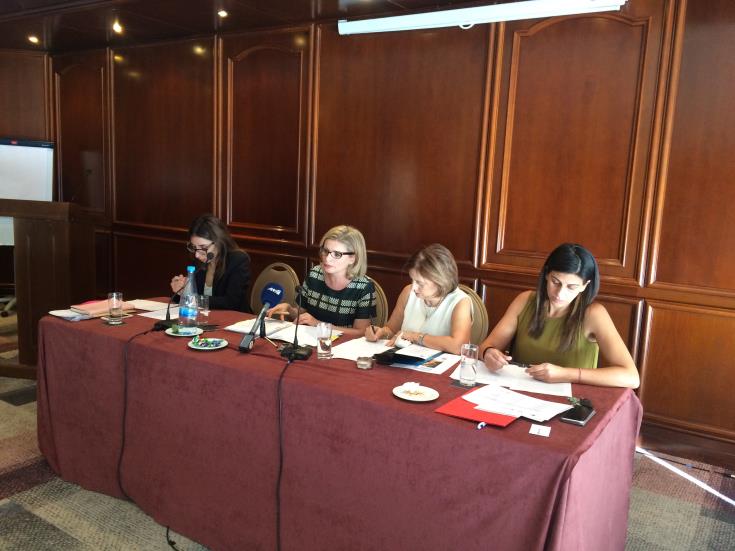 The EU Anti-trafficking coordinator Myria Vassiliadou called for an end to the culture of impunity noting that in half of the EU member states the use of services of victims of trafficking is not criminalised.

“It is one of the most serious crimes in the world in which one can be involved and not be criminalised,” Vassiliadou said during a working lunch organised by the Ministry of the Interior and the Mediterranean Institute of Gender Studies (MIGS), in Nicosia.

“It is a flagrant violation of human rights and one of the worst forms of serious crime, which makes it much more complicated to deal with,” the EU Coordinator noted.

She added that European Commission`s first priority is to end the culture of impunity, dismantle the business model of human trafficking and improve the access of victims to their rights.

“We do not need legislation or new frameworks at European level. We need to make sure that the victims have access to their rights, and that EU actions are more coordinated” said Vassiliadou.

Natasa Economou from the Ministry of Interior said that 23 victims of trafficking were reported in Cyprus in 2017, 18 women and five men, from Bulgaria, Romania, Eritrea, Cameroon, Russia, Ukraine and Moldova.

Josie Christodoulou, Policy Coordinator at MIGS, noted that despite positive measures taken by the state, human trafficking in Cyprus “flourishes” and said that the effectiveness of the National Action Plan that was adopted and implemented in 2008 has never been evaluated.

By In Cyprus
Previous articleFirst meeting of schoolchildren from both communities to take place on November 8 in the framework of ‘Imagine’ project
Next articleUK, EU close to Brexit deal on financial services