Crunch time for co-op in the House 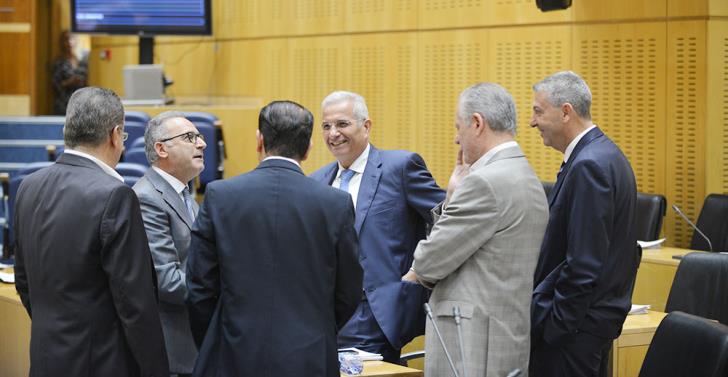 The House plenary meets on Sunday afternoon with the fate of state guarantees for Hellenic Bank’s deal with the Cyprus Co-operative Bank and a tougher NPLs framework hanging in the balance.
Of the 54 members of parliament expected to participate in today’s session, the government is counting on the combined 27 votes of DISY and DIKO MPs to support both measures. Reports said DIKO MP Marinos Moushoutas has voiced reservations and it is unclear how he will vote.
EDEK has also not clarified its stand, and a final decision is expected at today’s extraordinary meeting of its politbureau.

The MPs of AKEL, the Citizens’ Alliance, the Greens, ELAM and independent MP Anna Theologou  — a total of 22– are expected to vote against. Solidarity will either abstain or vote against.

The House convenes at 4.00 pm to vote on the state guarantees for potential future losses of Hellenic, a prerequisite to the bank’s conclusion of its agreement with the CCB.

It will also vote on a raft of bills that will tighten up the framework on NPLs in line with undertakings made by Cyprus to the European Commission. These have been under urgent discussion in the House Finance Committee with Opposition parties signalling they will introduce amendments, raising concern in the government camp that this may alter their whole philosophy.