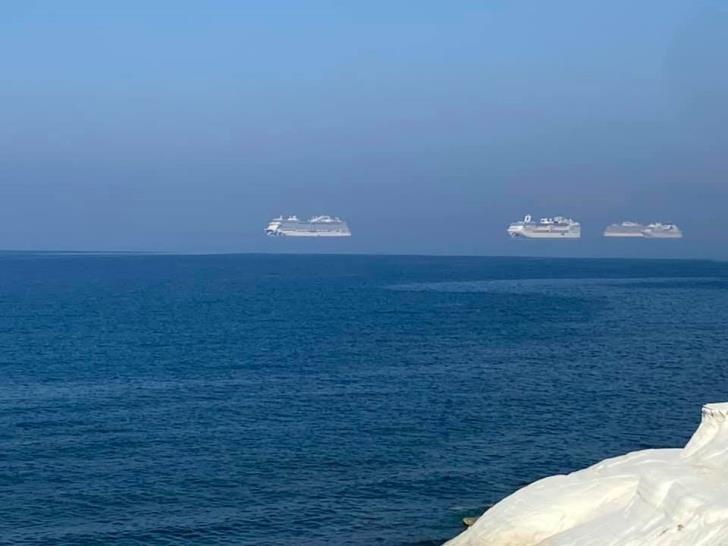 A photo posted on a website is showing some cruise ships floating in a sea area east of Limassol.

This is in fact the optical phenomenon Fata Morgana. This is how it works: When the sun heats up the atmosphere above the ocean, it creates a gradient of temperatures: Near the surface, it’s still relatively cool because the water is chilling that air, but sitting above that is a layer of warmer air. Now, light doesn’t always travel in a straight line. When it hits a boundary between two layers of the atmosphere that are different temperatures (and therefore different densities), it bends and travels through the new layer at a different angle. This is known as refraction. The change in the light’s angle of travel depends on the difference in density between the two layers.

How does bending light create a mirage? The rest of the effect is caused by how your brain works. When light hits your eyes, your brain assumes it arrived there in a straight path between you and the object reflecting the light. So if light is bent on its way toward you, your brain will think the object is where it would be if the light’s path was straight.