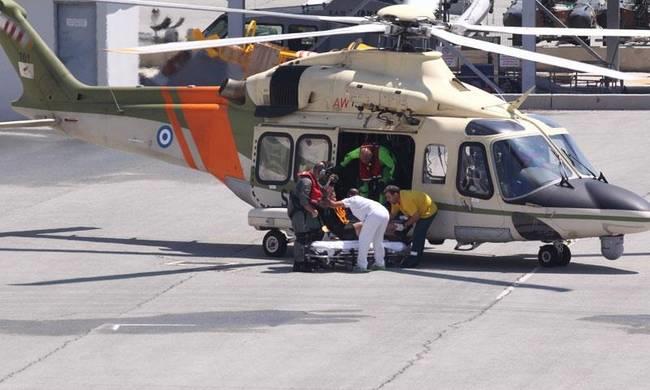 A 64 year old Israeli passenger aboard the Golden Iris cruise ship sailing off Paphos was airlifted to hospital on Wednesday after being taken critically ill, the Defence Ministry said.

It said at 14.45, the Larnaca Joint Rescue Coordination Centre received an urgent call from the Golden Iris cruise ship saying that the Israeli passenger needed emergency air evacuation to a hospital. It said that the passenger had a problem with his kidneys and because of the critical state of his health needed to be transported to hospital immediately.

The ship was sailing 50 nautical miles west of Paphos. The JRCC immediately activated the Nearchos search and rescue programme, sending a helicopter with medical staff to pick up the passenger and transfer him to Paphos General Hospital.