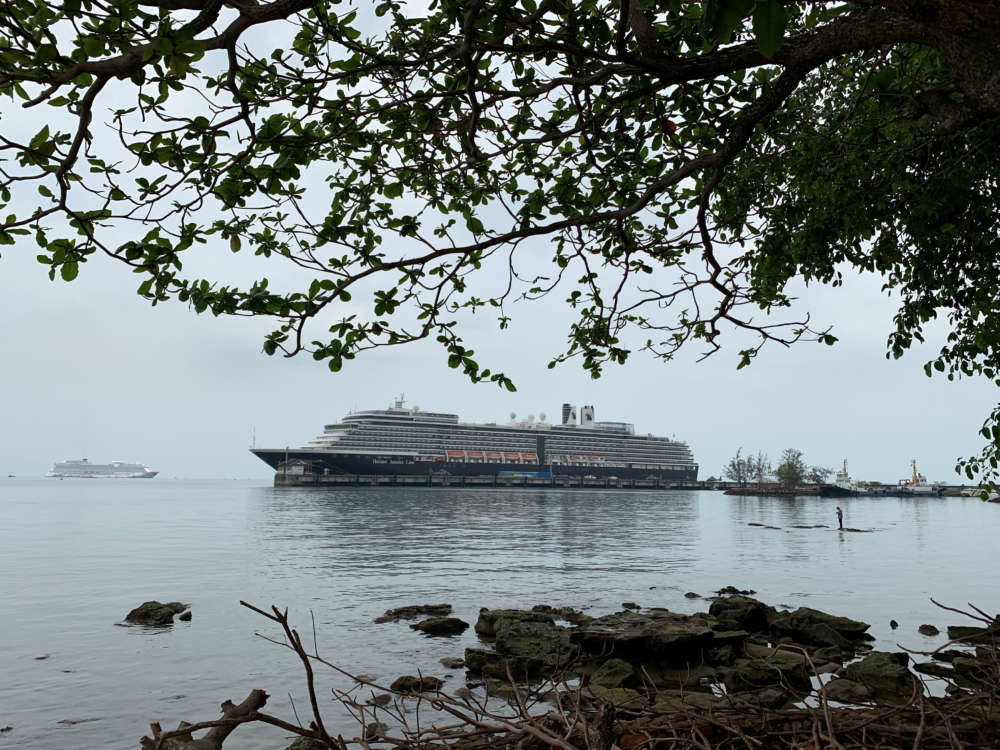 Authorities scrambled on Monday to track hundreds of cruise ship passengers scattered across the world after a woman who had been on board tested positive for coronavirus, highlighting the risks of a worsening global infection.

Across mainland China, officials said the total number of coronavirus cases rose by 2,048 to 70,548, with 1,770 deaths. Outside China, more than 500 infections have been confirmed, mostly in people who travelled from Chinese cities, with five deaths – in Japan, the Philippines, Hong Kong, Taiwan and France.

Japan and Singapore appeared to be on the brink of recession as the epidemic disrupted tourism and supply chains around the world, while China imposed tougher restrictions to try and stop the virus spreading further.

Holland America Line said it was working with governments and health experts to track passengers who disembarked from its Westerdam cruise ship in Cambodia after an American woman tested positive in Malaysia.

The cruise line, which is owned by cruise giant Carnival Corp, said none of the other 1,454 passengers and 802 crew had reported any symptoms.

“Guests who have already returned home will be contacted by their local health department and be provided further information,” a statement from the company said.

The case raises questions about how companies and countries should handle monitoring and quarantine for people who may have been exposed to the new virus, since the woman had passed the usually presumed incubation period of 14 days.

Passengers had been cleared to travel by Cambodian authorities after health checks when the cruise ship docked on Thursday. It had spent two weeks at sea after being turned away by Japan, Taiwan, Guam, the Philippines and Thailand.

But on Saturday, Malaysia said an American woman who arrived in Kuala Lumpur on a chartered flight had tested positive for the new coronavirus.

About 137 of the 145 passengers on the chartered flight had already left for other countries as of Sunday after showing no signs of illness, Malaysian authorities said.

Dozens more of the Westerdam passengers had flown through Thailand and onward to other countries, Thai officials said.

At least 236 passengers and 747 crew remained aboard the vessel off the Cambodian port city of Sihanoukville, Holland America said. Others were in hotels in Phnom Penh, the capital.

“We will all be tested for the coronavirus today and tomorrow by the Cambodian Ministry of Health,” said passenger Holley Rauen, a public health nurse and midwife from Fort Myers, Florida.

“We have no idea when we get to get home…”

American passengers were taken off another cruise liner on Sunday to fly home after being quarantined for two weeks off Yokohama, in Japan.

Seventy new coronavirus cases were confirmed on board the Diamond Princess, also owned by Carnival.

The 3,700 passengers and crew have been held since Feb. 3. Some 355 people on board have tested positive for the disease, by far the largest cluster of cases outside China.

Those with the disease have been taken to hospital in Japan and no one from the ship has died. Around half of the guests onboard are from Japan.

Australia will evacuate more than 200 of its citizens from the ship, Prime Minister Scott Morrison said on Monday. Organisers of the Tokyo Marathon have decided to limit the March 1 race to top-level athletes, banning 38,000 general participants who had signed up to run in one of the world’s biggest marathons, a person with knowledge of the issue told Reuters.

After an extended Lunar New Year holiday, China urgently needs to get back to work, but there is a proposal to delay the opening of annual session of parliament, due on Feb. 24.

Some cities remain in lockdown, streets are deserted, employees are nervous, and travel bans and quarantine orders are in place around the country.

China’s central bank cut the interest rate on its medium-term lending on Monday, a move expected to pave the way for a reduction in the benchmark loan prime rate on Thursday, to lower borrowing costs for companies hit by the virus.

Beijing has also announced plans to roll out targeted and phased tax and fee cuts to help businesses.

Even so, many economists expect China’s economic growth to slow and ratings agency Moody’s on Monday revised downward its 2020 GDP growth forecasts for China to 5.2%. That compares with the 5.7% growth China would need this year to meet its long-term goal of doubling GDP over the decade to 2020, according to a government economist.

In Japan, the impact of the virus is expected to show up in the current quarter, stoking fears of recession. The world’s third-largest economy is already shrinking at the fastest pace since the second quarter of 2014.

Trade-dependent Singapore downgraded its 2020 economic growth forecast and is set to unveil measures to cushion the blow from the health scare on Tuesday. Singapore Prime Minister Lee Hsien Loong said on Friday that a recession was a possibility.

By In Cyprus
Previous articleLimassol Detective Day by CluedUpp
Next articleHeritage Private School: English Private School with an international outlook