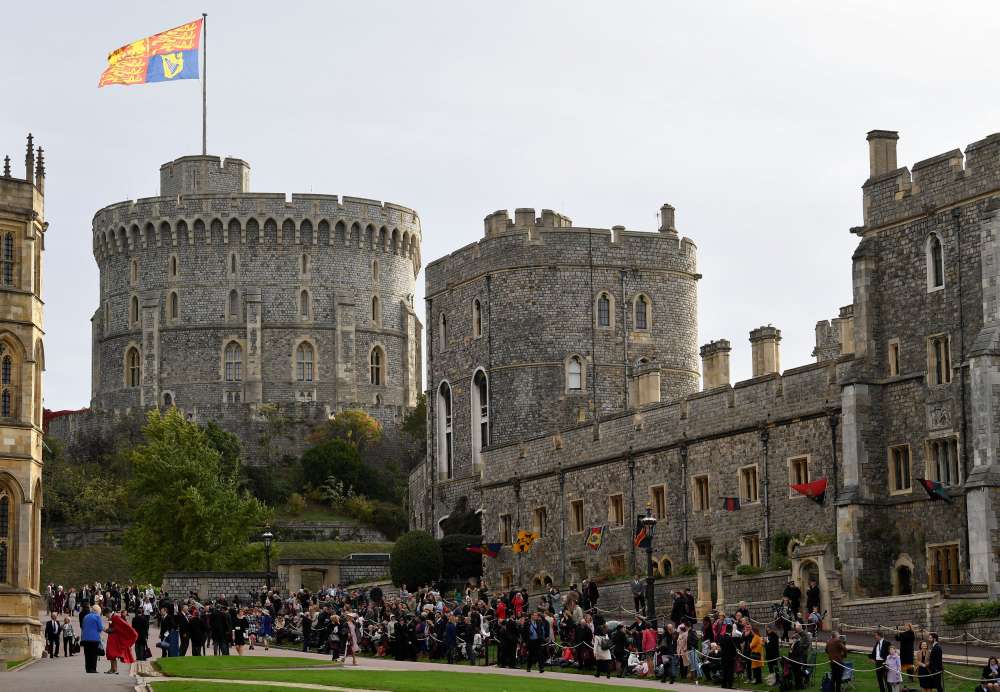 Crowds gathered outside Windsor Castle on Friday for the second major British royal wedding of the year with Princess Eugenie, granddaughter of Queen Elizabeth, following in the footsteps of her cousin Prince Harry and his wife Meghan.

Eugenie, 28, younger daughter of the queen’s third child Prince Andrew and his ex-wife Sarah Ferguson, the Duchess of York, will tie the knot with Jack Brooksbank, 32, at the monarch’s home to the west of London.

Windsor castle was also the venue for Harry and Meghan’s wedding in May and Eugenie, ninth-in-line to the throne, has copied much of her cousin’s blueprint for her big day.

Singing and cheering well-wishers began to mass in the streets of Windsor in the shadow of the castle, although there were far fewer people than crammed into the town for Harry’s wedding.

“I don’t think (the atmosphere) will be quite as good. There’s not so many here as I expected,” David Weeks, 77, bedecked in a “Union Jack” suit and bowler hat, told Reuters.

The ceremony will take place at the castle’s 15th Century St George’s Chapel with the Dean of Windsor David Conner officiating. Charity guests and 1,200 members of the public have been invited into the grounds for the occasion.

One noticeable absentee will be Camilla, the Duchess of Cornwall, the wife of heir-to-the-throne Prince Charles, as she is carrying out an engagement in Scotland.

While Harry’s wedding featured a fiery sermon from a U.S. Episcopalian bishop and a gospel choir, Eugenie’s will be more traditional with a performance by Italian tenor Andrea Bocelli and the address given by Conner.

Her elder sister Princess Beatrice, the maid of honour, will also deliver one of the readings, an extract from “The Great Gatsby”.

A smattering of celebrities are expected to be among the guests with the daughter of singer Robbie Williams one of the bridesmaids.

After the service, the couple will embark on an open-top carriage tour of Windsor, although shorter than the one Harry and Meghan, now the Duke and Duchess of Sussex, took when thousands lined the streets of the town.

The queen will then host a reception for the couple and their guests at the castle.

Eugenie, a director at London’s Hauser & Wirth art gallery, and Brooksbank, who is European Brand Manager for Casamigos Tequila, which was co-founded by U.S. actor George Clooney, met in the Swiss ski resort of Verbier in 2010.

Security around Windsor was tight, with the public having to pass through airport-style security checks to get near the castle and large numbers of police on patrol.

As Eugenie does not carry out official royal duties, republicans and some newspapers have said it is wrong that the estimated 2 million pound- security bill for the event will be paid for by taxpayers with the royal family only paying for the wedding itself.

“When it is all over, Eugenie will continue to live with an identity experienced by a tiny minority: as a fully fledged princess, gawped at, envied and scrutinised by all,” Bell wrote.

“Yet as the years roll by, and her royal status diminishes, as a peripheral figure of almost no consequence at all.”