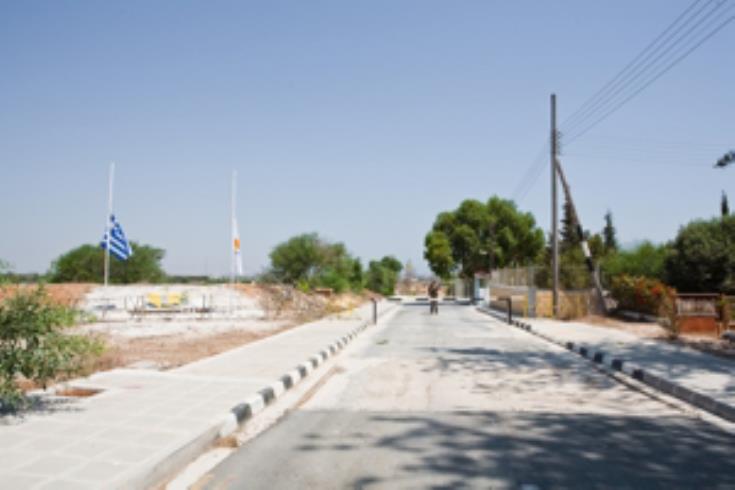 As things stand right now and taking into consideration the preparation that needs to be made by the Turkish Cypriot side, crossing points at Dherynia and Lefka could open the earliest at the beginning of November, as long as the Turkish military post is removed from Dherynia, a well-informed source has told the Cyprus News Agency (CNA).

It noted that by next week there will be power supply from the Electricity Authority of Cyprus (EAC) for the checkpoint in Dherynia. The Greek Cypriot side is ready for the opening of the crossing points but the other side has not completed the technical works that need to be done at Lefka and everything is expected to be ready by the beginning of next month, the same source said.

With regard to the issue of the Turkish military post, the same source said that there are no indications so far that the Turkish side will remove it, recalling the agreement between the two sides that for the opening of the crossing point in Dherynia the removal of the military post is required.

“We are following the situation and we are ready. We have the political will, and as long as there is political will from the other (Turkish Cypriot) side as well, we will proceed. Our side is making all necessary preparations with regard to the staff from the various services of the Republic that will work at the crossing points, and there is coordination,” it added.

Moreover, it said that the UN and their peace-keeping force on the island (UNFICYP) are aware of the situation. “We are in constant contact, informing each other, and they know that there are still issues pending on the part of the Turkish Cypriots,” it noted.

UNFICYP spokesperson Aleem Siddique told CNA last week that “the mission`s priority is to ensure the safety and welfare of people crossing the buffer zone.”

The Republic of Cyprus has been divided since 1974, when Turkish troops invaded and occupied 37% of its territory.

By In Cyprus
Previous articleMan suspected of chaining wife to rail arrested
Next articleEnd divisions or put Brexit at risk, ‘dancing’ May tells party (video)