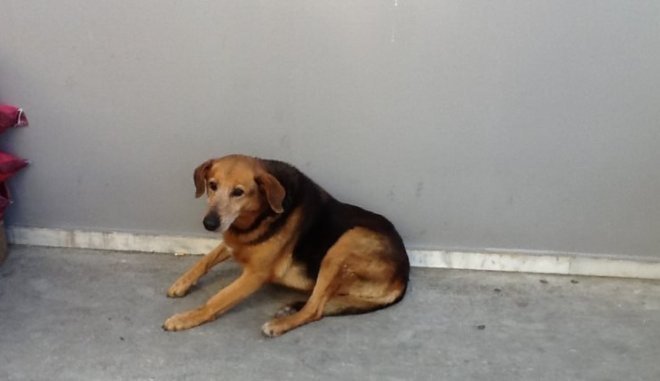 The Greek media are celebrating the loyalty of an elderly dog that waited for its owner for eight years after he had died, walking every day from their house and waiting outside the supermarket.

Dubbed the ‘Hachiko’ of Crete after the Japanese dog of that name, the dog was cared for by neighbours after its owner died.

Though elderly and in pain, he would nevertheless make the daily trek from the house to the supermarket, hoping to find its owner.

According to neakriti.gr, the dog was increasingly unwell and the vet recommended he be euthanised. Neighbours collected the money for the procedure.

“The vet told us that we had to be put to sleep. We collected some money in order to give him peace,” he said.

The dog’s owner had died of a heart attack at the supermarket where he worked. He was taken out from the back door, so the dog never found out what had happened to his owner, said Garefalakis.

“Hachiko is an example of the strong bond between dog and man. It is a message to all of us,” he added.

Garefalakis thanked all the residents and employees of the supermarket who cared for the dog all these years. He also thanked drivers who, knowing the dog had difficulty walking, would slow down.

Japan’s Hachiko was an Akita dog born on a farm near the city of Ōdate in Japan. He is remembered for his remarkable loyalty to his owner, Hidesaburō Ueno for whom he continued to wait for over nine years following his death.

During his lifetime, the dog was held up in Japanese culture as an example of loyalty and fidelity. Well after his death, he continues to be remembered in worldwide popular culture, with statues, movies, books, and appearances in various media.