Cows with or without horns? Swiss to vote on Sunday 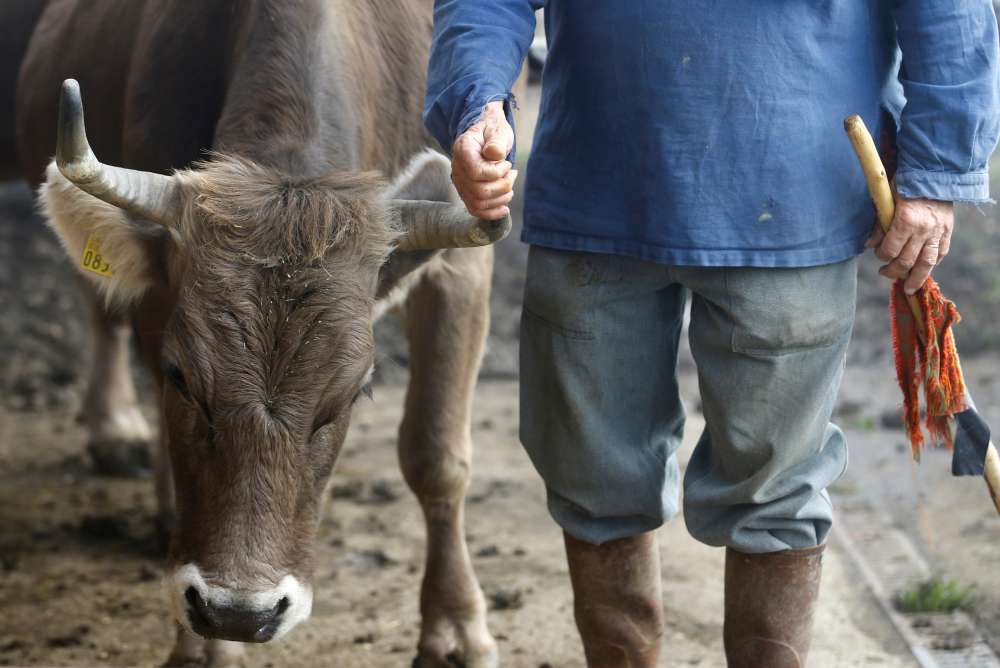 Switzerland votes this Sunday on an issue of national importance that has divided the Alpine country – whether to subsidise farmers who let their cows’ and goats’ horns grow naturally.

The referendum on preserving the “dignity of livestock” was initiated by farmer Armin Capaul, 66, a self-described rebel. He says that “listening” to his cows inspired his nine-year campaign for cash to fund the extra grazing space horned animals need and which he hopes will reduce dehorning.

“We must respect cows as they are. Leave them their horns. When you look at them they always hold their head high and are proud. When you remove the horns, they are sad,” he told Reuters on his small farm in northwestern Switzerland.

Three-quarters of Swiss cows, who are a national symbol and tourist attraction, are dehorned or genetically hornless.

When political lobbying failed, he collected over 100,000 signatures to trigger a national vote.

The latest poll says the vote is too close to call.

His campaign is likely to garner support from those who oppose dehorning – burning a sedated calf’s horn buds with a red-hot iron. Critics say it is painful and unnatural but supporters liken it to castrating cats or dogs and argue it is a safety issue.

“In Switzerland, cows have never been talked about as much as now,” said Capaul, a distinctive figure with a long grey beard and hand-knitted red hat, whose alternative approach has made him a media star and a household name.

His campaign is opposed by the government, which says it would drain up to 30 million francs from its 3 billion franc annual agricultural budget, and is a burden on the constitution.

Some farmers are opposed.

“Our current system in the stable has advantages, the cows get along better with each other. If cows have horns, the danger of injuries to the animals and humans is greater,” said Stefan Gilgen, whose 48 cows provide 1,000 litres of milk daily to Swiss dairy Emmi AG.

“Each farm should decide for itself. We have other problems in agriculture.”

In Vaud canton, Reuters watched veterinarian Jean-Marie Surer dehorn three calves, anaesthetising each one before the procedure that causes smoke and a burning odour.

“Using a very hot iron for seven seconds, I burned the skin and blood vessels which irrigate the horn bud, so it won’t grow,” Surer said as he applied disinfectant.

“It is painless, they didn’t move even an ear.”