Covid-19: The situation in hospitals on Friday 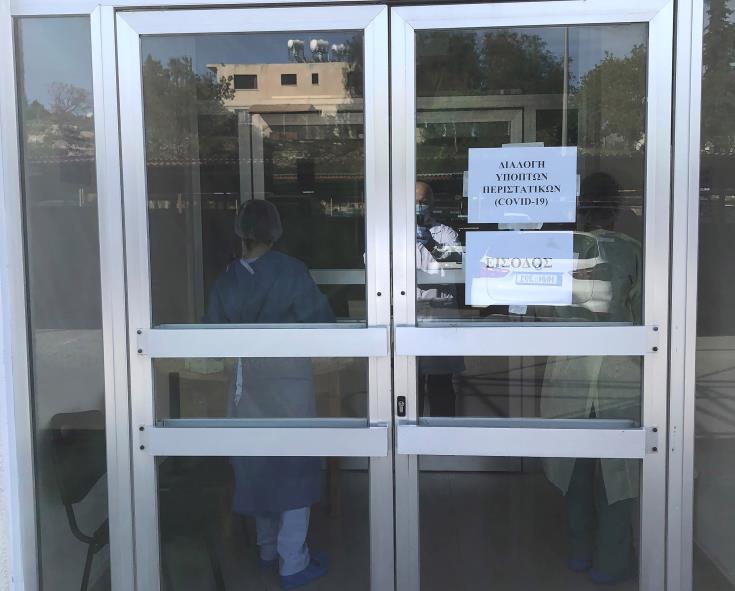 According to Dr Iosif Moutiris, nine patients, five men and four women aged from 40 to 83, are currently being treated at the Suspect Cases Ward of Paphos Hospital with capacity set at 10.

Moutiris said that patients treated at the ward undergo a coronavirus test and cannot be discharged until their results come out from the Cyprus Institute of Neurology and Genetics (CING) where samples are sent, adding that the maximum hospitalisation time for these patients is four days.

But he said that there is a delay from CING’s side to deliver the results, “which makes our work difficult because the ward only has 10 beds, and delays lead to overcrowding.”

He mentioned that senior Okypy management has been made aware of the issue with the aim of finding a faster solution to obtain test results, having in mind that today’s biotechnology allows for a result to be obtained within a few hours.

Three patients with Covid-19 remain intubated in the Intensive Care Unit of Limassol Hospital while a fourth is on oxygen support, and another 19 were being treated in the hospital’s suspect cases ward until noon on Friday.

Five people were examined overnight at the hospital’s A&E department, three of whom were admitted.

Another three people visited the short-term treatment ward, one of whom was admitted.

At Larnaca hospital, 11 suspect cases were being treated on Friday, ten of whom in the surgical clinic and one is intubated in the ICU.

19 patients with Coronavirus were being treated at Famagusta Hospital, the referral hospital for Covid-19 in Cyprus, until 10 am on Friday, of whom three are in the increased care unit for closer observation.

Five patients were released from Famagusta hospital on Thursday after their repeat tests came out negative; three of them were taken home where they will remain isolated for 14 days and the other two are at the Tersephanou Eden Resort for rehabilitation.

A total of 902 health professionals of the State Health Services Organization were tested negative to COVID-19, out of 3,125 samples taken, the CNA reports.

Out of a total of 3.125 samples, we have the results for 902 health professionals who have tested negative, he concluded.