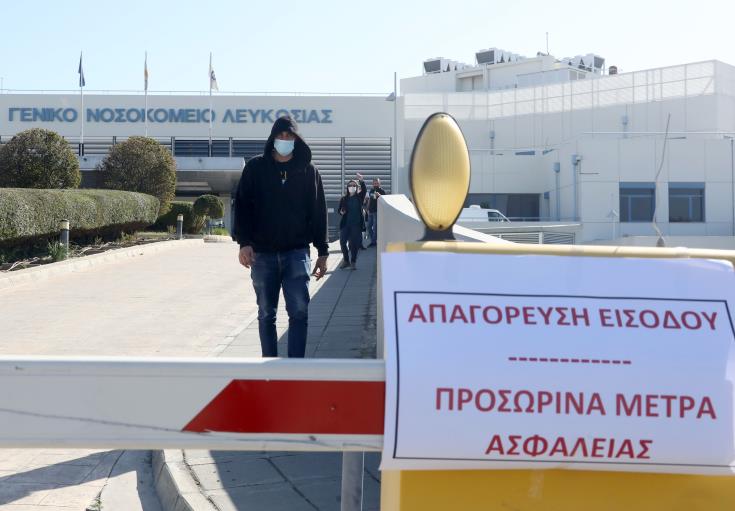 A total of 6500 health care professionals and other employees at the state hospitals are being tested for coronavirus while 20,000 tests will also be carried out among those working in the private and public sector to determine contagion in the community.

Yesterday, 276 samples were taken from staff at Nicosia and Larnaca Hospitals. State health services organisation (Okipi) spokesman Pambos Harilaou said everyone working at the state hospitals will be tested, without exception.

He said 249 samples were taken on Sunday from Nicosia Hospital and 27 from Larnaca Hospital. A total of 600 samples will taken a day with the entire project expected to be completed in 10 days.

Wider sample testing
Meanwhile, the wider testing of 20,000 employees in the private and wider public sector as well as the National Guard will pick up speed today as all private labs certified to carry out coronavirus tests join the effort.

Health Ministry spokeswoman Margarita Kyriakou told CNA said that first samples were taken by some private labs on Saturday with the remaining labs joining today. The first results were announced yesterday with one positive case among the 148 tests.

The whole effort will be completed 20 days.

Those being tested are in the public and wider public sector and local government with priority to those who have contact with the public, the National Guard, police and fire service.

In the private sector priority goes to companies that have contact with the public such as banks, petrol stations, supermarkets, kiosks, bakeries etc.

The 20,000 tests were split up among the districts based on the epidemiological and demographic data so as to be representative.