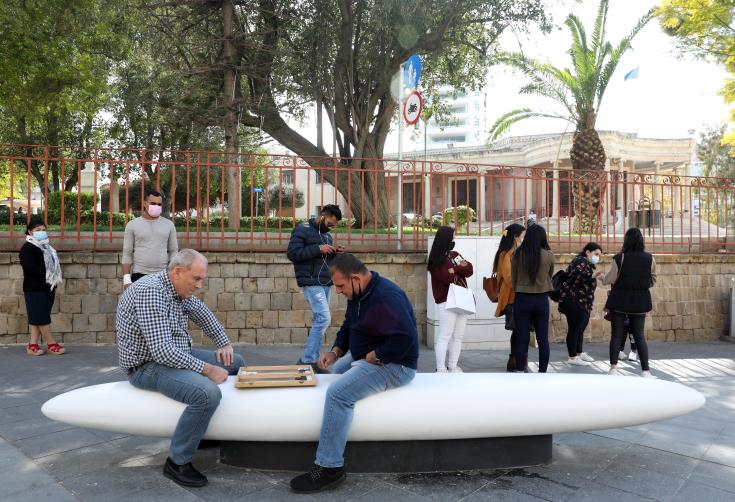 In a couple of days we will know if people have complied with the restrictive and health measures in force during the Easter holidays, according to member of the Advisory Scientific Team on COVID-19, Professor of Microbiology/Molecular Virology at the University of Nicosia Medical School, Dr. Petros Karayiannis.

He told CNA on Tuesday that the situation is hard to determine as not enough tests were carried out during the Easter holidays so the picture is not clear enough to know where the epidemiological picture stands. What he sees, he added, is a stabilisation because the positivity percentage remained between 1.3-1.4%. Before Easter, said Karayiannis, there was a decline in cases but these ranged between 900-600.

Asked if the lockdown will continue, Dr. Karayiannis said he cannot make a statement on that, adding it is up to the Cabinet to decide, in the event that the epidemiological picture is of concern.

On Tuesday evening, the members of the Scientific Committee will convene in their weekly session.

Asked if additional measures will have to be taken, he said that at the moment there was no need. We first need to see how the epidemiological picture will evolve after people return to their normal activities and the number of tests done before Good Saturday, the Professor said.

Asked to comment on statements by Minister of Health Constantinos Ioannou that by the end of June we will have immunity of the herd, since 60-65% of the population will have received at least the first dose of the vaccine, Karayiannis said this is “the percentage that has been achieved in the United Kingdom and in Israel, which, as we know, has allowed these countries to return to a kind of normalcy, something impossible a couple of months ago”. This means that we, with good weather, etc., will be able to see a significant reduction of cases and “little by little we will return to the normality that we knew before “.

To a question if those vaccinated will wear masks, the professor said that will depend on the transmission of the virus within the community. If we drop the percentages to low levels, then it will be possible. Therefore, we must ensure that the virus is not widely present in the community as there will be cases where those vaccinated will become infected. They will act as carriers of the virus therefore caution is required to help us reach the 65-70% of immunity in the general population”, the Professor Karayiannis concluded.

Meanwhile, more than ten thousand people secured appointments in the first ten minutes after the Vaccination Portal opened on Tuesday at 0730 local time for those aged 37-38 said Kyriacos Kokkinos, Deputy Minister to the President for Research, Innovation and Digital Policy.