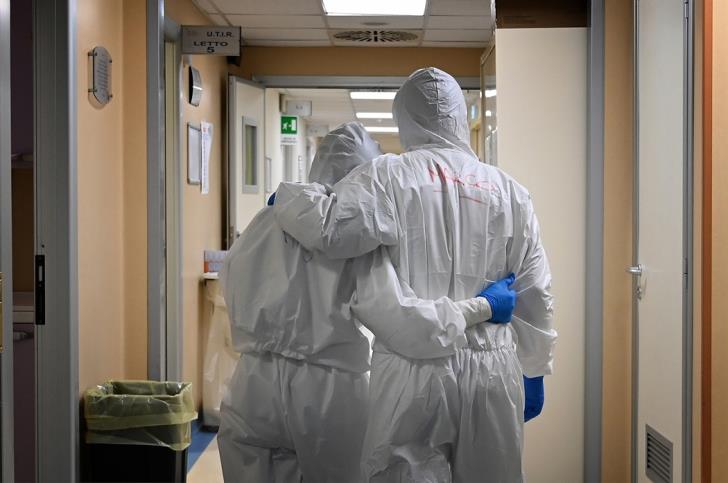 Another patient died on Friday from Covid-19 as new cases remained in single figures over the weekend reaching a total of 817 yesterday after 7 new cases were announced.

New data published today shows that there was a 62% weekly drop in Coronavirus cases last week compared to the week before. Figures issued by the Epidemiological Surveillance Unit shows that 67% of the cases are aged 18-59.

Following Sunday’s good results, and with the green light obtained for the epidemiological experts, Health Minister Constantinos Ioannou said that the road is not open for the gradual lifting of the restrictive measures and a return to normality. Finance Minister Constantinos Petrides said that a proposal for the first phase of the exit strategy will be finalised today.

Two announcements were made by the MoH of positive cases at Alpha Mega Acropolis outlet over the weekend, one on Saturday and one on Sunday. One case was also found at Panikkos Miltiadous Confectionary in Limassol, one at SPAR supermarket’s warehouse in Larnaca and one at the Specialised Laboratory Treatment Unit of the Nicosia Polyclinic.

In the occupied north, no new cases have been reported for nine days as the obligatory mask-wearing rule goes into effect, and the “prime minister” said on Saturday that no time frame has yet been set for the reopening of checkpoints.

Police said on Monday morning that there was a spike in the number of movement violations overnight, with a total of 125 pedestrians and drivers booked after 4620 checks.

The government spokesman said that there is no discussion yet of opening churches after 152 health professionals spoke of double standards in favour of other businesses.

The Deputy Ministry of Innovation is calling on the technological / scientific community of Cyprus to submit their ideas for government-funded projects to improve the management of the pandemic in all aspects of life.

A church service row in Erimi continued late on Friday with the community leader maintaining that the whole thing is a misunderstanding and the faithful were just out to gather wild asparagus.

The Animal Party issued a new appeal on Saturday for cat and dog food to help strays and animal shelters amidst the pandemic.

A Cypriot living in the Netherlands is feeding Kenyan families hit by the crisis.

And a Cypriot team who are disinfecting the homes of those in need free of charge.

By Josephine Koumettou
Previous articleAnti-pandemic apps must have legal basis, says commissioner
Next articleSmoking does not protect from Covid-19 says addictions authority