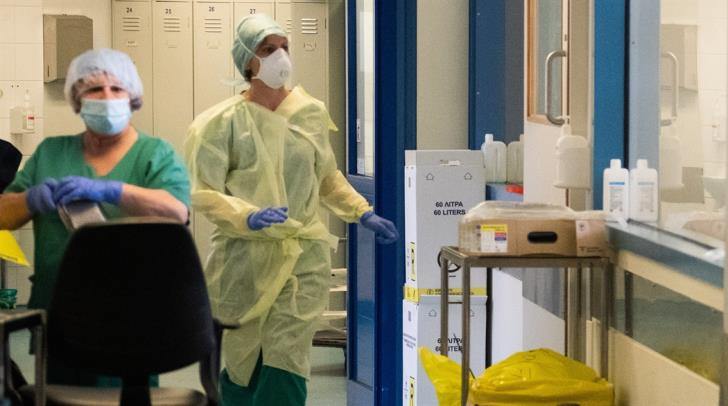 17 more tested positive on Sunday in the republic of Cyprus, down from 21 the day before showing signs of general decline. Dr Marios Loizou urged home care centres for the vulnerable to strictly adhere to relevant instructions after two Covid cases were found in among residents of home for the elderly in Aradippou.

A woman died at the Famagusta referral hospital on Saturday night, raising the tally to 11 dead from Covid-19. Another five have also died while infected with the virus, but their underlying health conditions were determined as the final cause of death.

The government initiated a large scale Covid testing operation on Saturday with plans to test 20,000 workers in the private and public sectors in 20 days in addition to 6,500 tests of healthcare workers and other staff at the island’s public hospitals.

A British-Cypriot newspaper urges the UK government to investigate the disproportionately high death rate of UK Cypriots, as two British-Cypriots living in London, a father and son, die from the virus within days of each other.

The second batch of medical equipment and consumables from China arrived on Saturday and a third batch will be arriving this week according to the Chinese ambassador.

Two flight arrivals are scheduled at Larnaca Airport on Monday as repatriations continue of those stranded.

The illegal regime in Turkish-held northern Cyprus decided on a one-week entry ban through checkpoints to UK peacekeepers and foreign diplomats, creating practical problems that UNFICYP is working to address.

Police booked 217 drivers and pedestrians for breaking the stay at home decree after carrying out 12,082 checks in 24 hours.

The chief of police said on Monday that the force will be on high alert during Easter to ensure strict adherence to government measures.

Police broke up a liturgy in an Orthodox church in Peristerona on Sunday where three people refused to comply and were booked.

Payments for the Labour Ministry’s support packages for businesses and workers will begin on Tuesday, as Minister Zeta Emilianidou says 11,000 submitted wrong bank details and efforts are underway to correct disparities so that payments can be made.

An overwhelming majority of Cypriots approve of the government’s response to the coronavirus outbreak, a new poll finds.

The University of Cyprus’ platform that drastically reduced time of handling Covid cases.

And 50 dogs and cats flown safely to the UK from Larnaca airport.