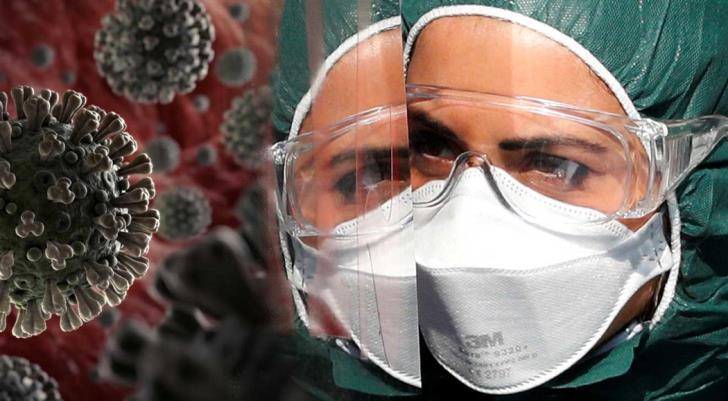 One more has died in the Republic of Cyprus from Covid-19, a woman aged 78, and another 38 tested positive, bringing the total number of the dead to 15, for ten of whom Covid-19 was the cause of death, and the number of positive cases to 564.

Meanwhile, a new tally published yesterday by the British Cypriot newspaper Parikiaki raises the number of UK Cypriots who died from Covid-19 in Britain to more than 150.

One more tested positive in the Turkish-held areas raising the total there to 96. The occupied areas also count three deaths; two German tourists and one Turkish-Cypriot.

Repatriations continue on Friday with five flights scheduled to fly in and out of Larnaca airport on Friday as the British High Commission asks UK tourists stranded in Cyprus to register to be notified about future flight options.

The Blood Bank said it received a moving response from donors who flooded in to help tackle the shortage crisis that emerged at the start of the outbreak.

Police booked 153 drivers and pedestrians in the last 24 hours who were in violation of the government’s lockdown decree. A spokesman for the force said on Friday that police will remain on high alert during the Easter holidays to ensure citizens comply with restrictions of the stay at home decree.

The Health Ministry’s Epidemiological Surveillance Unit issued yesterday its latest report on Covid-19 Cyprus that once again shows that medical staff is the hardest hit with a share of 25.4% of total positive cases.

Following the President’s official extension of lockdown measures on Wednesday evening, the Education minister said that classes in the country’s educational institutions will remain suspended accordingly, and the Archbishop said that the Church will comply with the latest announced measures.

Malta and Cyprus will have the lowest death rate in Europe from the virus, a study has found.

A volunteer group that provides services to those who need them, including delivering food boxes and other necessities, has mobilised more than 2,000 volunteers.

And an injured baby mouflon rescued by the Game Service is doing a lot better. They named it ‘Hope’.