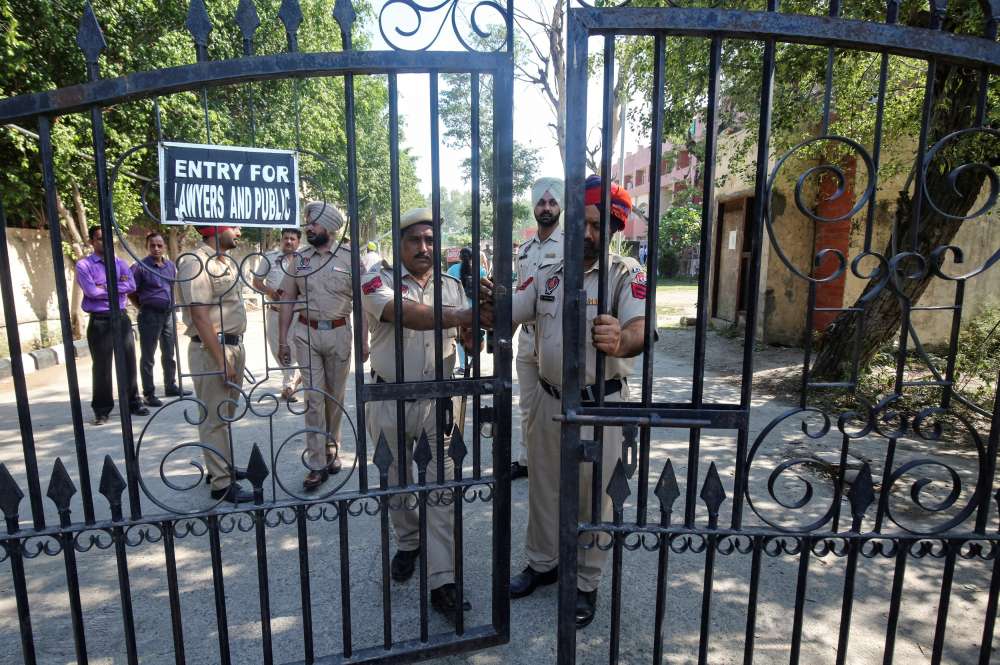 An Indian court on Monday convicted six men of involvement in the rape and murder of an eight-year-old Muslim girl in India’s Jammu and Kashmir state last year, said a prosecution lawyer.

The case sparked outrage and criticism of the country’s ruling party after some of its members opposed charges being laid.

The girl, from a nomadic Muslim community that roams the forests of Kashmir, was drugged, held captive in a temple and sexually assaulted for a week before being strangled and battered to death with a stone in January 2018.

The abduction, rape and killing of the child was part of a plan to remove the minority nomadic community from the area, the 15-page charge sheet said.

Among those accused were a Hindu priest and police officers, fanning communal tensions between Hindus and Muslims in the area.

“This is a victory of truth,” prosecution lawyer M Farooqi told reporters outside the court. “The girl and her family has got justice today. We are satisfied with the judgment.”

The prosecution was seeking the death penalty for three men – priest Sanji Ram, Deepak Khajuria and Parvesh Kumar – who were convicted of rape and murder, he said.

A lawyer leading the legal team representing the accused, AK Sawhney, told reporters they planned to appeal the verdict.

The case shocked India, which has an appalling record for violence against women and girls, and led to the introduction of the death penalty for rapists of girls below the age of 12.

The trial, held in private, began over a year ago in Pathankot, a town about 70 km (44 miles) from Rasana village in Kathua district, where the incident happened, in the state of Jammu and Kashmir.

India’s Supreme Court shifted the trial to the neighbouring state of Punjab after the girl’s family and lawyer said they faced death threats, and local lawyers and Hindu politicians, including some from the ruling Bharatiya Janata Party, held protests against police filing charges in court.

India has long been plagued by violence against women and children. Reported rapes climbed 60 percent to 40,000 from 2012 to 2016, according to government statistics, and many more go unreported, especially in rural areas.

In total there are eight people accused of involvement in the case. The seventh man, named as Vishal, was found not guilty on Monday, Farooqi said, while the eighth, a juvenile, is currently awaiting trial.