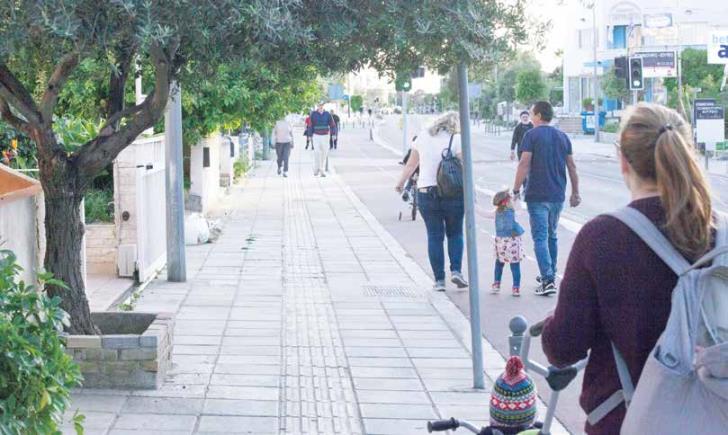 The government is expected to gradually ‘restart’ the country this coming Monday, with the Council of Ministers scheduled to finalise today the way in which the gradual lifting of measures will begin at a Presidential Palace meeting kicking off at 11:30 am.

According to Phileleftheros, from what became known so far, changes in citizens’ movements will not be particularly felt despite the fact that they will be allowed more outings per day as well as more locations to visit.

As far as the economy goes, the exit will begin with the reopening of the construction sector and small businesses (with a maximum limit of people in the business at any one time), without excluding the possibility of also reopening hair salons and barbershops in phase one as well as church visits under strict limitations.

For every measure that will be lifted, corresponding regulations will be announced that businesses and public alike will need to adhere to.

It is also certain that protective masks will become mandatory for visits to premises where the public gathers together, like supermarkets and banks.

Despite the fact that no particular details were provided by the government yesterday following its meeting with the committee of experts, who had submitted their final proposal to the President in the morning, some information was made public with regard to what is expected to be announced today.

The entire process, it was implied, will kick off on May 4 and will last at least until mid-July.

As regards the economy

According to the experts, phase two is estimated to take place in mid-May should the epidemiological data allow.

This phase will include the return of athletes to their training without excluding the possibility of reopening gyms.

Around that time, final year upper secondary pupils are expected to go back to school as well as kindergarten children.

Experts specified, however, that for the return to kindergarten there needs to be a provision that allows parents to take the children to school alone without requiring help from grandparents who belong to vulnerable groups.

Phase three is expected in early June, always based on the epidemiological situation, and will include the reopening of malls, cafeterias, restaurants and hotels, again subject to restrictions.

The last measure to be lifted will be the ban on flights. Destinations for which flights will relaunch will be decided based on each country’s situation in relation to the virus.

By Josephine Koumettou
Previous articleLockdown at Izalco jail
Next article9.4% in Cyprus cannot afford the basics of life