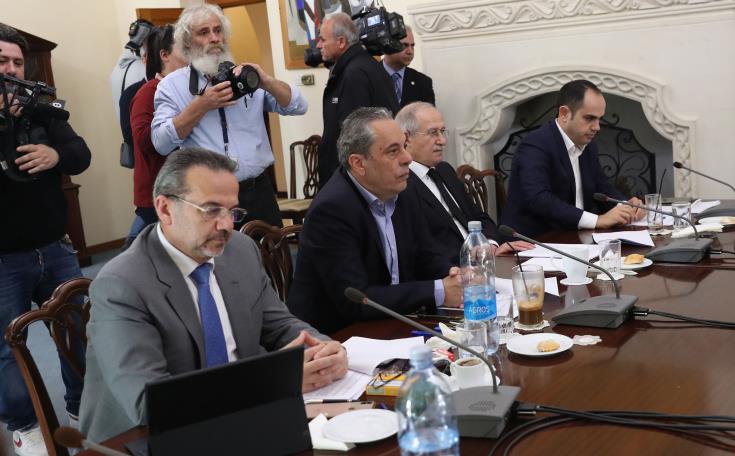 A reviewed package of measures to boost the economy due to repercussions of the COVID-19 pandemic will be put before the Council of Ministers on Thursday.

The reviewed package that was drafted by the government was discussed during a very long teleconference on Tuesday afternoon of Finance Minister Constantinos Petrides, Labour, Welfare and Social Insurance Minister Zeta Emilianidou and Central Bank of Cyprus Governor Constantinos Erodotou with the political party leaders.

The Cyprus News Agency has learned that the package amounts to approximately 12% of the GDP taking into consideration, among the measures taken, the plan to provide state guarantees to banks amounting to €2 billion.

According to information, the bills will be presented before the Council of Ministers on Thursday for approval and will then been submitted to the parliament.

As it was agreed House President, Demetris Syllouris, will hold on Wednesday morning a teleconference with the political party leaders or representatives to discuss with them about the bills that will be tabled before the House.

The aim is for the package to be approved with the largest consensus possible.

The same sources said that there will be further programmes to  support of the self-employed from the Labour Ministry, while the initial decision to reduce the VAT has been withdrawn.

The temporary suspension of VAT payment will be implemented without any preconditions, while it was decided to ban evictions for three months and overdue payments at the Tax and the Social Insurance Departments for three months as well.