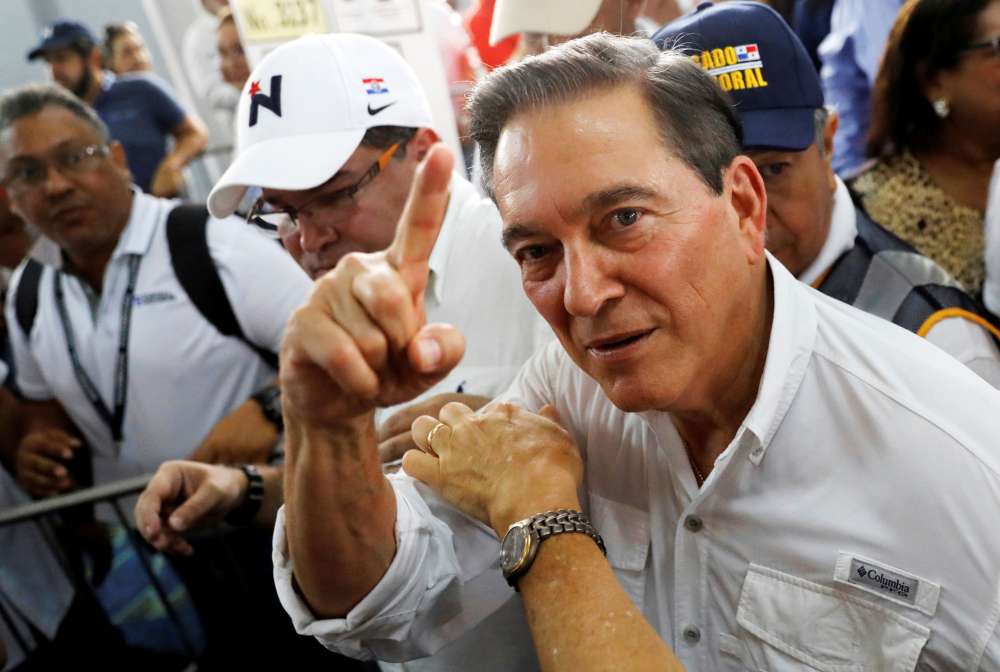 Laurentino “Nito” Cortizo declared victory in Panama‘s presidential election on Sunday after an unexpectedly tight race that put him less than two points ahead of Romulo Roux, who has not conceded defeat.

With more than 90 percent of votes counted, Cortizo had nearly 33 percent of the tally, compared with about 31 percent for Roux, in the single-round presidential vote in one of the world’s fastest-growing economies.

The narrow race had raised the possibility of an upset by Roux, 54, of the center-right Democratic Change (DC) party, who lagged in pre-election polls behind Cortizo by more than 10 points. Roux has called for a full vote count, saying that he found ballot irregularities in some voting areas.

Cortizo, 66, said that his rival had the right to contest the results, but declared himself the clear winner.

The electoral tribunal said it would wait to count a greater percentage of votes before announcing a winner, noting that the second-place candidate had expressed reservations about Cortizo’s win.

“I want to be clear, we’re not going to accept any election result today,” Roux said in a video he posted to Twitter. “We’re going to do a public count of the ballots until we can determine the truth of what’s happened here today.”

Cortizo, a former agriculture minister from the moderate left Democratic Revolution Party (PRD), aimed to woo the country’s 2.8 million voters with promises to fight graft following bribery scandals and the canal nation’s role in hiding the wealth of global elites.

The former businessman also promised to clamp down on corruption after allegations of embezzlement of public funds in Panama, whose trans-oceanic canal handles some $270 billion of cargo each year.

Shortly before casting his vote, Cortizo told Reuters that he feared for Panama‘s reputation as a major financial hub and the impending verdict of the Financial Action Task Force (FATF), which evaluates countries by their measures to combat money laundering.

“We are worried about it and we will do everything we have to do to prevent money laundering. … We want a robust financial system,” Cortizo said.

Panama previously appeared on the FATF’s list of countries deemed deficient in their measures to tackle money laundering. This year, Panama passed a law that makes tax evasion illegal.

Promises to curb white-collar crime have featured prominently in the race. The leading candidates presented proposals that would change the way public contracts are awarded.

Cortizo also said he would continue to deepen ties with China, but has suggested he might move more slowly than President Juan Carlos Varela, who angered the United States by signing several major infrastructure projects with Beijing.

Roux offered a constitutional reform to strengthen the independence of the judicial branch. He is also calling for Panama to restore its image to attract investment.

Varela is barred by law from seeking re-election.