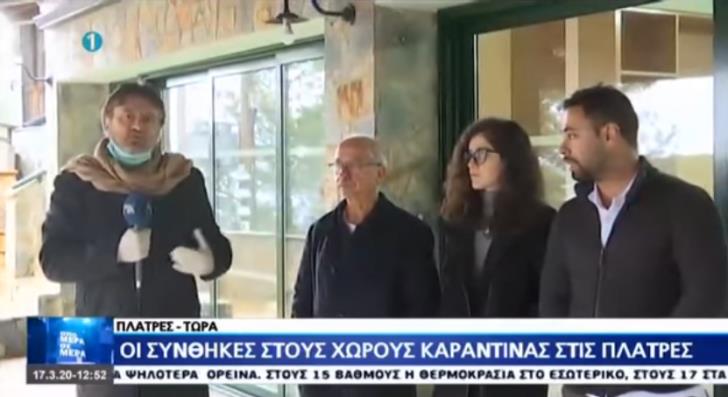 CyBC journalist Petros Melaisis and a camera man who visited the quarantine facilities in Platres and interviewed some of the people there have been instructed to self-isolate at home for 14 days, philenews reports. It said the crews of two other TV stations were given the same instructions.

Savvas Aristodemou, president of CyBC’s trade union Evrik told philenews that the two men were notified by management not to return to work but to go directly home and remain in isolation for 14 days.

The car they used to go to Platres is being disinfected.

In Platres, the journalist spoke to a few of the people who had arrived from the UK last night and were allowed to disembark even though they did not have a certificate showing they are coronavirus free after the intervention of the Transport Minister. They are nevertheless subject to 14 days mandatory quarantine — a requirement for all arrivals.

They have complained of shoddy planning and poor conditions at the quarantine site. One of the men interviewed is a diabetic while a student said she felt she had been abandoned by her own country.

Philenews reports that crews from two other TV stations who also went to the quarantine site have also been notified that they must self-isolate.

Video from the CyBC interview: