Coronavirus: Those who fail to comply with MoH decrees will be brought to Justice, MoJ says 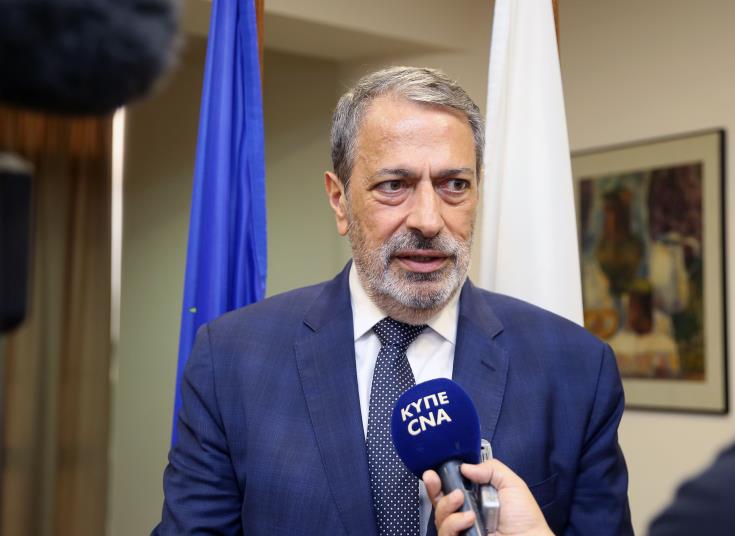 Those who fail to comply with the decrees issued by the Minister of Health in an effort to contain the spread of coronavirus, will be reported by the Police and face the consequences of the law, the Minister of Justice and Public Order George Savvides had told Cyprus News Agency.

According to the new decree issued yesterday, unnecessary movement of people will be restricted as of 6.00pm (local time) on 24 March until the 13th of April.

In his statements to CNA, George Savvides said that he is in constant contact with the leadership of the Police to which he has given clear instructions to intensify the checks for compliance with the Ministry’s of Health decrees on Covid-19. The law must be obeyed by everyone, Savvides noted.

It goes without saying, he said, that we all have to respect and comply with the decrees.

Government decisions, he added, must be strictly observed and no one has the right not to comply with the decrees.

The Minister said that reckless behavior constitutes a public risk and no one`s life is roulette. Those who do not comply with the decrees will be reported and face the consequences of the law, he noted.

He made it clear that cases concerning infringements of the law can be immediately registered and be heard by the Courts despite the interim measures already in place which limit judicial proceedings.

The Minister called on citizens to continue assisting the work of the Police and state law enforcement bodies by reporting any violations by calling 1460 or to their nearest Police Station.

Respect and protection of public health is non-negotiable, he said, noting that by showing discipline we can cope with the current crisis.

On his part, Police Chief Kypros Michaelides, speaking to CNA, he expressed the determination of the Police to enforce the law and the decrees issued by the Minister of Health, including the most recent one issue yesterday which provides for the restriction of unnecessary movement of people.

“We cannot let the irresponsibility of the few to endanger the health of many”, he said.

Since the first decree was issued (a total of 9 decrees have been issued so far) aimed at limiting the spread of coronavirus, as he said, the police have diversified their priorities and adjusted their timetable and increased the number of staff of various services of Police  in each district in order to enforce the decrees.

Michaelides said that the Police is ready, to the maximum possible extent, to contribute to the effort to contain the spread of the virus and respond to the call of the society to protect the life and health of its members.

He finally said that Police would have an increased presence in the streets making their presence felt either by providing help to the citizens or carrying out rigorous checks so that the latest decree is being fully implemented.