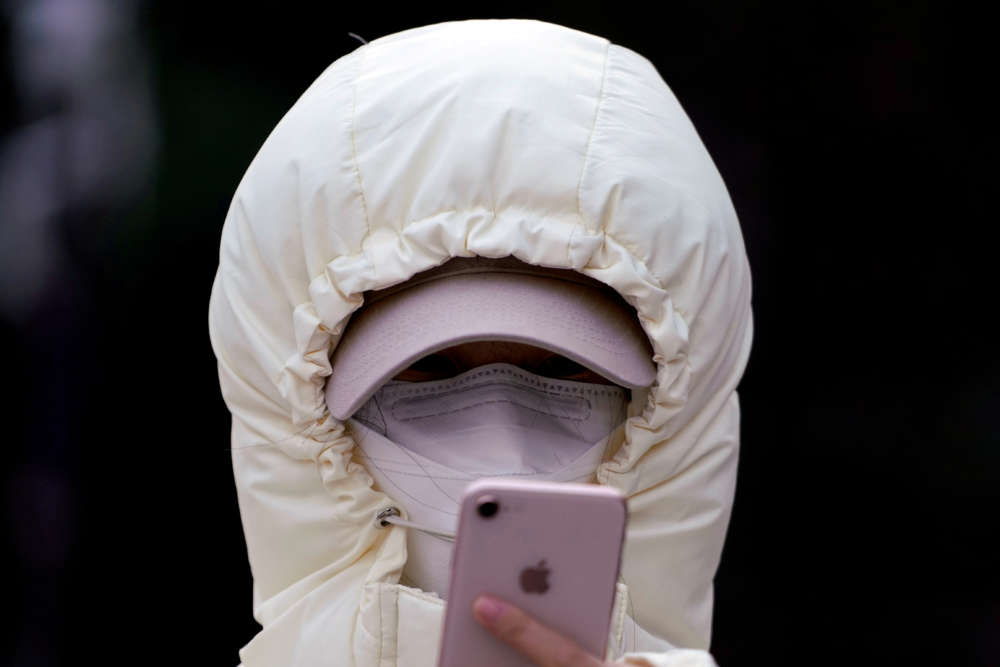 Asia reported hundreds of new coronavirus cases on Wednesday, including the first U.S. soldier to be infected, as the United States warned of an inevitable pandemic and outbreaks in Italy and Iran spread to more countries.

Asian shares fell on Wednesday as the U.S. warning to Americans to prepare for a likely coronavirus pandemic jolted Wall Street again and pushed yields on safe-haven Treasuries to record lows.

In the past four trading sessions about $3 trillion has been wiped off the value of the MSCI World, a market cap weighted stock market index of 1,644 stocks globally.

The disease is believed to have originated in a market selling wildlife in the Chinese city of Wuhan late last year and has infected about 80,000 people and killed more than 2,700, the vast majority in China.

Adding to a growing sense that a rapid spread of the virus in more places is inevitable, a top World Health Organization (WHO) official urged that preparations be made now.

In the United States, the U.S. Centers for Disease Control and Prevention also urged Americans to prepare, saying that while the immediate risk there was low, the global situation suggested a pandemic was likely.

“It’s not a question of if. It’s a question of when and how many people will be infected,” the CDC’s principal deputy director, Anne Schuchat, said on Tuesday.

The United States has reported 57 cases of the virus.

Dr Bruce Aylward, head of a joint WHO-Chinese mission on the outbreak, told reporters on his return to Geneva that preparations should not wait.

“Think the virus is going to show up tomorrow. If you don’t think that way, you’re not going to be ready,” he said.

Aylward said China’s “extraordinary mobilisation” to handle the outbreak showed how an aggressive public health policy, including large quarantines, could curb its spread.

China’s National Health Commission (NHC) reported another 406 new infections on Wednesday, down from 508 a day earlier and bringing the total number of confirmed cases in mainland China to 78,064. Its death toll rose by 52 to 2,715.

South Korea, which with 1,146 cases has the most outside China, reported 169 new ones including a U.S. soldier, as authorities readied an ambitious plan to test more than 200,000 members of a church at the centre of the outbreak.

Of the new cases, 134 were from Daegu city, where the virus is believed to have been passed among members of the Shincheonji Church of Jesus, the Korea Centers for Disease Control and Prevention (KCDC) said.

In Japan, Prime Minister Shinzo Abe called for sports and cultural events to be scrapped or curtailed for two weeks to stem the virus as concern mounted for the 2020 Tokyo Olympics.

Japan has 164 virus cases and 691 linked to a quarantined cruise ship docked south of Tokyo.

Iran’s deputy health minister – seen mopping his brow at a televised news conference – was among the infected.

Kuwait said it had two new coronavirus cases, among people returning from Iran, taking its tally to 11.

Cases linked to Iran have been reported across the region. Bahrain said its infections had risen to 26 after three new cases were confirmed on a flight from Iran.

In Europe, Italy has become a front line in the global outbreak with 322 cases. Italians or people who had recently visited the country, have tested positive in Algeria, Austria, Croatia, Romania, Spain and Switzerland.

Two hotels, one in Austria and one in Spain’s Canary islands, were also locked down after cases emerged linked to Italy. Spain also reported its first three cases on the mainland.

The WHO says the outbreak peaked in China around Feb. 2, after authorities isolated central Hubei province and imposed other extreme containment measures that have paralysed the world’s second-biggest economy.

Growth in China looks set to fall further from a three-decade low of 6.1% last year after the disruption but authorities are now urging “low-risk” regions to get back to work.

Chinese stocks recouped some losses as new cases fell but the effects of the outbreak are reverberating in the region, with most major economies expected to either slow, halt or shrink this quarter, Reuters polls found.

Forecasts from economists collected by Reuters on Feb. 19-25 showed that Australia, South Korea, Taiwan, Singapore and Thailand are all expected to put in their worst performance in years in the quarter.

Hong Kong unveiled a record budget deficit, pledging cash handouts and tax breaks to soften the blow to its recession-hit economy from recent protests and the virus.

By In Cyprus
Previous articleImminent repairs to start at Athalassa Hospital
Next articleDali pollution: Teachers’ union threatens to shut down school