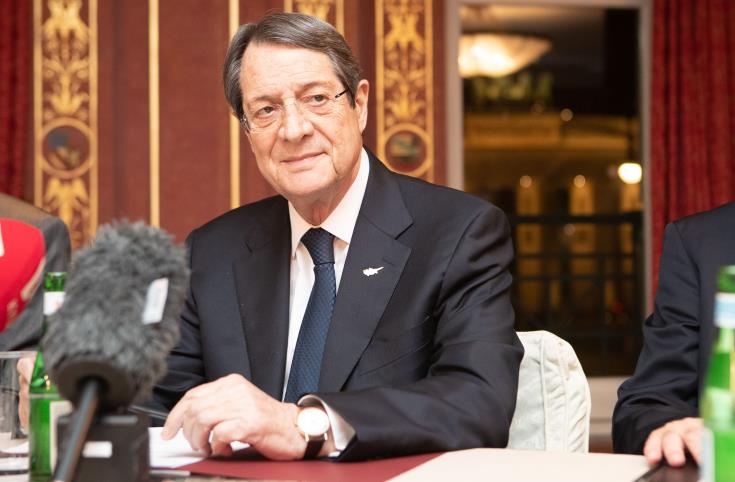 He spoke after a lengthy meeting of the ministerial committee on coronavirus that was chaired by the president which discussed health and safety of the public, support measures for the economy, the impact on employment by the measures taken because of the coronavirus and boosting social protection.

He said that all the current measures in force — including the closure of schools and a ban on indoor meetings with more than 75 participants remained in force.

Any additional measures will be announced by the president tomorrow, he added.

The spokesman was asked whether the issue of flights from the UK was discussed — given that three of the six confirmed cases here have all come from there.

The Health Ministry had on Wednesday placed the UK in category two,  which would require self-isolation either at home or at government premises, but reversed course two hours later and moved it to category 3 where no such restrictions apply.

Koushios confirmed that the issue was discussed, but would not elaborate.

“Allow me not to elaborate. Everything will be announced by the president,” he said.

Asked whether next week’s official visit by Prince Charles will take place, Koushios said that there have been some consultations through diplomatic channels but no decision has been taken.

The spokesman was also asked whether the government had been informed about the decision of Turkish Cypriot authorities to close the checkpoints at Strovilia and Limnitis until March 22.

There had been strong objections from the Turkish Cypriot side when the Cyprus government closed four checkpoints two weeks ago.

Koushios said that as far as he knew, the government had not been notified about the closure.

There are six confirmed coronavirus cases in the government controlled areas. A German tourist has tested positive in the Turkish occupied north.

A number of suspect cases are currently being tested at the Cyprus Institute of Neurology and Genetics including a sample from a four year old boy, a Cypriot who flew from Gatwick last night and at least two cases from Limassol.

Christina Christodoulou, who heads CING’s Molecular Virology Department  told the Cyprus News Agency that she anticipated an increase in the number of confirmed coronavirus cases.

“There are certain to be more confirmed cases,” she said.

She noted that at the beginning the virus had not entered the Cypriot population. Scientists were waiting for it to come from abroad either from  Cypriots or non-Cypriots arriving on the island. From the moment that it has entered, it is inevitable that there will be more positive cases, she added.

There is a steady flow of samples to CING, mainly from Nicosia and Limassol, though there has also been a small number from Larnaca.