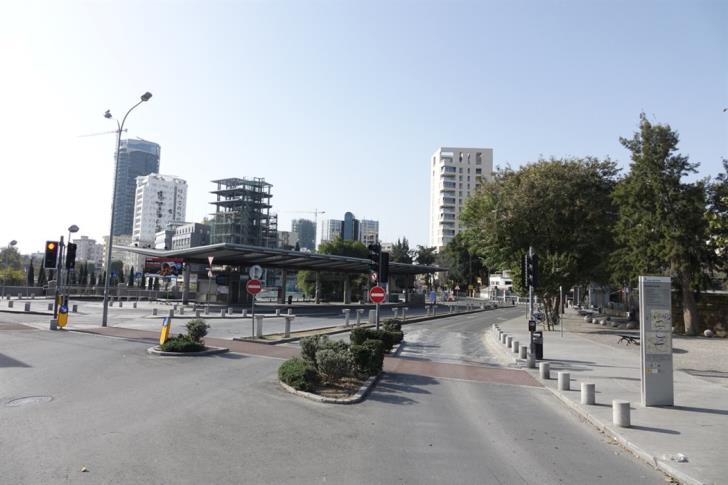 President Nicos Anastasiades visited various areas in Nicosia on Wednesday morning to inspect implementation of measures banning all movement except when absolutely essential.

The new decree came into force at 6 pm yesterday and the president has warned that he will order a complete lockdown if people do not comply or if they abuse the system.

Government spokesman Kyriakos Koushos told CyBC the president wanted to see the situation in the capital for himself.

Anastasiades also held consultations with ministers and associates today to resolve problems, among them that with the text service 8998 that citizens can use to apply for exceptions to leave the house.

The call centre received more than 30,000 requests when it went live at 6 pm yesterday, knocking the system out. Service has been suspended as authorities consider introducing additional filters.

Koushios said the problem should be resolved by late in the afternoon. He said the president had given clear instructions as to the time permitted to be out (currently three hours) and changes are expected. No further details were given.

The spokesman later told the Cyprus News Agency the president was very satisfied with implementation of the measures.

The president had gone round the capital in his state car, without sirens or police lights to see the situation for himself.

Coronavirus: Nicosia shuts down as people comply with new decree and stay home