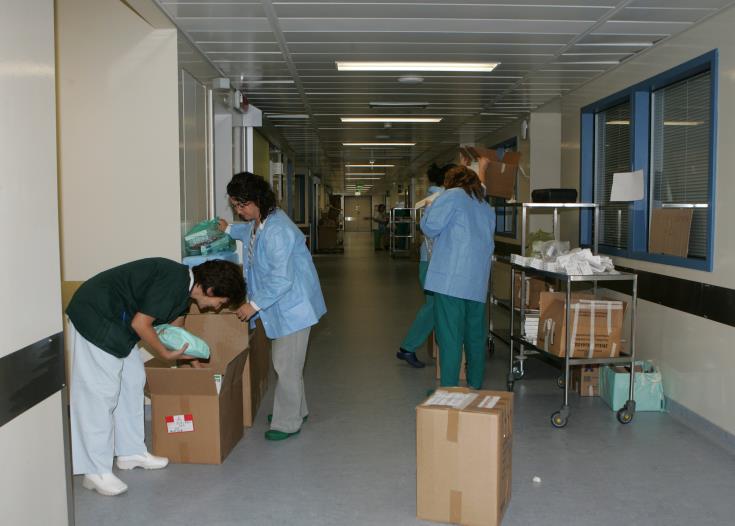 All outpatient clinics and the A&E at Paphos General Hospital will remain closed on Sunday amid efforts to contain an upsurge in coronavirus cases.

The Ministry of Health said that special arrangements would be made for haematological, oncological, dialysis and thalassemia cases during the closure.

All surgeries have also been suspended. Patients affected by the changes are asked to contact the private sector for their requirements, namely the Evangelismos and Kyanos Stavros (Blue Cross) medical centres which both have an agreement with the Ministry of Health.

One of yesterday’s confirmed case at Paphos hospital is a nurse who worked in the ward where a group of Britons visited their 65 year old relative who became the first positive case at the Paphos Hospital.

Twenty of the 84 confirmed cases in the Republic of Cyprus are from Paphos hospital in addition to four patients one of whom was a 70 year old Briton who became yesterday the first death from Covid-19 recorded in Cyprus.

The 70 year old was initially being treated at the Paphos hospital with low life expectancy as he suffered from  liver cirrhosis, acute liver failure, acute renal failure and chronic heart problems.

During his  treatment at the Paphos hospital and while contacts of a patient that had been found positive to Covid-19 were being traced, the 70 year old was found positive to the virus which aggravated his clinical condition. He was then transferred to the Famagusta hospital for further treatment where he remained until his passing on Saturday.

Meanwhile, another two doctors from private hospitals in Paphos have tested positive, and a Paphos couple who had contracted the virus was cured and later discharged from the Famagusta hospital where they had been transferred.

The Epidemiological monitoring unit of the Ministry of Health has already started tracing the contacts of the nurse at Paphos hospital found positive yesterday to Covid-19 and will take swabs for testing.

Results are also expected for tests conducted on patients and medical staff at the Paphos hospital, with the head of the Nephrological department stating that swabs have been taken from 60 patients at the dialysis unit and 25 more will be taken soon.

The Evangelismos private hospital where a positive case was found has reportedly concluded taking swabs from the staff and patients and is now expecting the results.