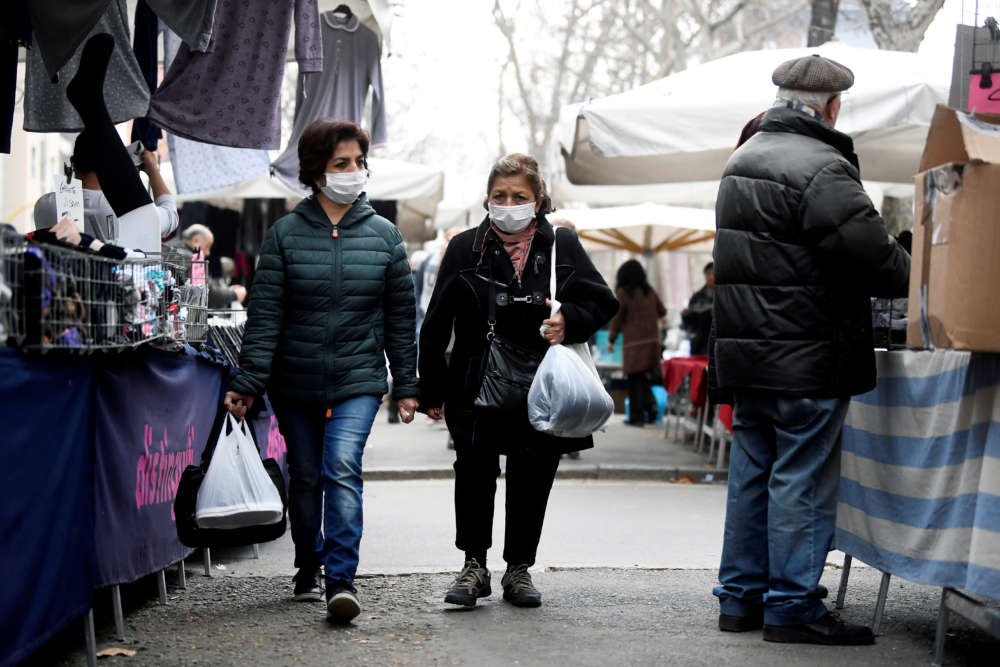 There is no reason for Cypriots residing or traveling abroad to panic, said the Foreign Ministry’s Director for Schengen, Consular Affairs and Crisis Management, Demetris Hadjiargyrou. Commenting on developments regarding the spread of coronavirus, he urged people to register their details, but said that the response has been limited so far. Only 20 people have registered their contact details at “Oikade”, the Ministry’s dedicated website, Hadjiargyrou told CNA.

The Foreign Ministry issued on February 24 a travel advisory, urging Cypriots to avoid non-essential travel to Italy’s Lombardy and Veneto regions, as well as to South Korea’s Gyeongsang District. Hadjiargyrou said that there is no reason for Cypriots who are in Italy to panic, while the Ministry has no information about Cypriots in South Korea.

The Crisis Management Director is attending a meeting on COVID-2019 that will take place later today at the Foreign Ministry, in the presence of the Ministers of Foreign Affairs, Justice and Health and the Permanent Director of the Ministry of Interior.

He also said that the Foreign Ministry received no information from the Embassies about any cases of Cypriot citizens who came in direct contact with confirmed cases of coronavirus or who are residing in areas placed under quarantine.

According to Hadjiargyrou, there are one or two cases of Cypriots in Italy who contacted the Embassy there and were guided in order to return to Cyprus. A group of pupils visiting Milano, as part of Erasmus+ program, is expected to return to Cyprus later in the afternoon.

Asked about people’s interest to register their details at www.oikade.gov.cy he said it has been limited so far. “There are 20 people who had registered before” he said. The Crisis Management Director explained that the Foreign Ministry wants to know the number of Cypriots residing or travelling abroad at any given time, in case there is a need for an emergency evacuation.

He said moreover that the Department is following developments closely and did not preclude additional travel advisory due to the spread of coronavirus, although no such decision has been taken yet.

The Crisis Management Department is in constant contact with the European Commission and receives daily updates about the situation, Hadjiargyrou said and urged people travelling or residing abroad to follow the news and heed the instructions of local authorities.

By In Cyprus
Previous articleEconomic sentiment in Cyprus falls in February due to weaker business confidence in services
Next articleJail sentence, €100,000 fine for sham dentist