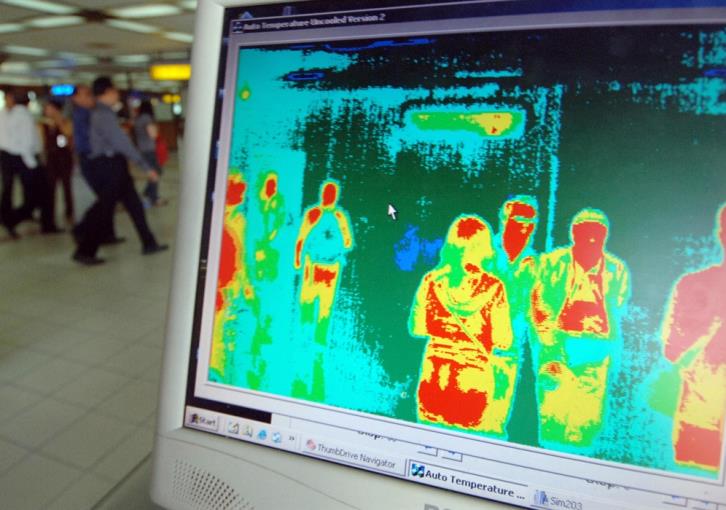 All passengers arriving at Cyprus’ airports will be screened by thermal cameras from tomorrow as authorities focus on speedy detection and the tracing of suspect cases to contain the spread of coronavirus.

In a written statement, the epidemiological monitoring unit of the Health Ministry said that the increase in coronavirus cases in Europe translates into an increase in Cyprus too, as the virus does not recognise borders.

“The actions henceforth are focused on containing the spread of the virus in the community since epidemiologically a large percentage is expected to contract it,” it said.

The objective is the proper management of the cases and the protection of vulnerable groups who, if they contract the virus, will need hospitalisation, it added.

Cyprus has been implementing the strictest measures from the very beginning, always in line with the guidance of the World Health Organisation and the European Centre for Disease Control, it added.

Since last week, all arrivals from European countries were checked with thermal cameras while from tomorrow additional cameras will be installed to check all visitors and travellers, it added.

The unit said that in cooperation with other departments of the ministry it has developed mechanisms for the timely tracing of suspect cases who are immediately self-isolated with the aim of averting the spread of the virus.

This timely intervention is expected to lead to an increase in the number of confirmed cases since the suspect cases in self isolation may fall ill in the next 14 days. However self-isolation can break the chain of infection of the virus in the community as they do not have any social contacts during this period, it said.

Cyprus currently has 14 confirmed cases of whom nine had contacted the call centre 1420 on their return from countries with an active epidemic and developed symptoms. Another two cases were detected at the airport with the thermal camera checks, two were contacts who were in self-isolation and there was one ‘orphan’ sample where contact tracing started immediately, the ministry said.

Countries with populations much larger than those of Cyprus such as Finland and the Czech republic have more or less the same number of suspect cases under investigation, even though they have recorded a many times more confirmed cases.

Indicatively the ministry gave the following figures as regards — population, checks, percentage of population tested and number of confirmed cases as follows: