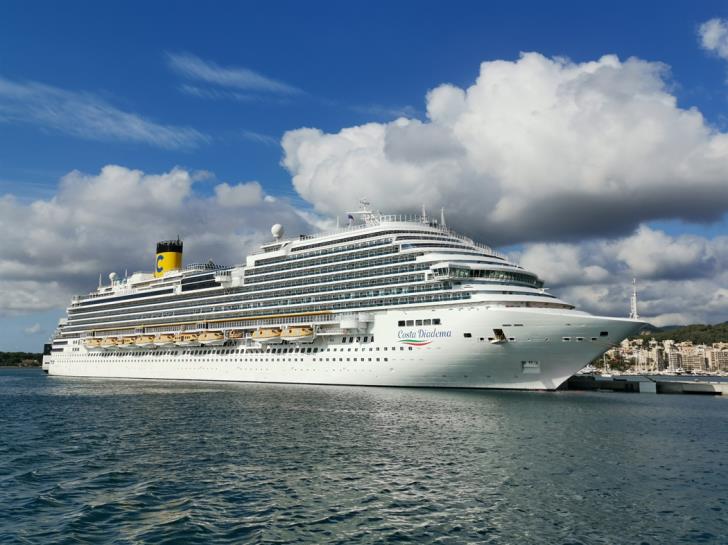 Italian cruise ship Costa Diadema arrived in Limassol through the Suez canal at 3 am on Tuesday and unloaded a crew member in critical condition who was taken to Limassol hospital, philenews reports.

The man was carried off the boat with the help of the coast guard using a life boat from the ship, while the cruise ship itself sailed off to Italy.

Italian sources say that the ship had to head to Limassol to unload a crew member who was in “very bad condition”, as a doctor on board did not have the means, like an inhaler, to help.

The arrival of the cruise ship was confirmed to philenews by the Transport Minister Yiannis Karousos on Sunday, who said that the ship would drop anchor in Limassol for the ill crew member to disembark with the help of the coast guard and then taken to hospital.

Agenzia Nova said that before heading to Limassol the ship was sent away by ports in Egypt, Abu Dhabi and Dubai.

Costa Diadema is expected to reach its final destination in Civitavecchia port, Italy, by Friday.