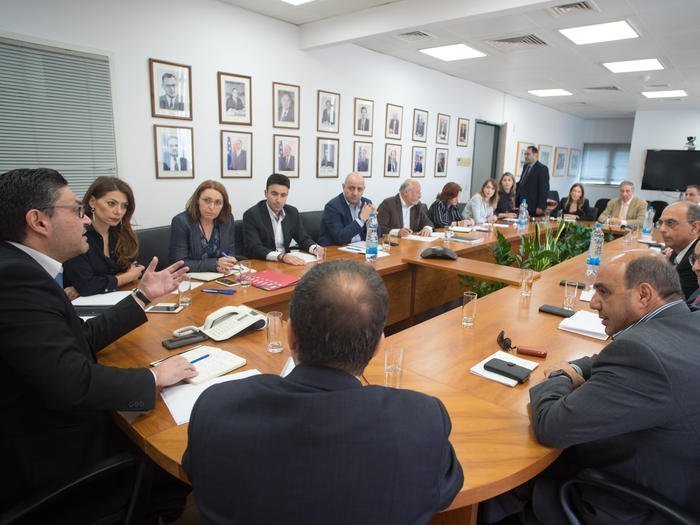 The government will help companies and workers address the fallout from the coronavirus outbreak with specific, practical measures which will be announced in the next few days, Finance Minister Constantinos Petrides said on Wednesday.

He was speaking after chairing a meeting which focused on the impact of the coronavirus on the economy and tourism. Taking part were business associations, hoteliers and Hermes Airports, while deputy tourism minister who is is self-isolation following a return from a trip, participated by telephone.

Petrides said consultations had been held with Labour Minister Zeta Emilianidou and social partners at the Labour Ministry earlier  which too focused on the coronavirus impact.

“This is an issue we have been monitoring for weeks with extensive consultations with social partners and business partners so as to deal with the situation in the best way possible. The government will certainly offer support. It is an issue for which state intervention is justified. A prudent fiscal policy is to offer a way out at a time of crisis or of a crisis that is brewing,” he said.

Petrides said he will complete his consultations with political parties in the next few days. “I will then submit a support package for the economy, businesses, workers, subsidies for work so that we can get through the next three months, during which we anticipate negative repercussions on the economy, as painlessly as possible.”

The minister said that EU finance ministers and the Eurogroup will be meeting next week. Some initial decisions, such as the establishment of a Corona-fund to support the liquidity of companies, have already been taken and other measures will also be discussed.

Irrespective of the EU measures, the government will support companies and workers. Asked how much money would be involved, Petrides said  that this will be announced but the package will also cover tax, subsidies and other support measures.

Emilianidou told reporters earlier on Wednesday that a package was being drawn up. Among the issues discussed at the meeting with social partners was the impact should companies suspend operations, the pay of parents should schools close and problems that may arise in the hotel sector.

She clarified that employees in the private sector who are required to self isolate or are quarantined and have a certificate to that effect from the Health Ministry will receive paid sick leave from the social insurance fund.

By In Cyprus
Previous articleCoronavirus: Entry exams to private schools pushed to April
Next articlePaphos municipality strike prolonged to March 13