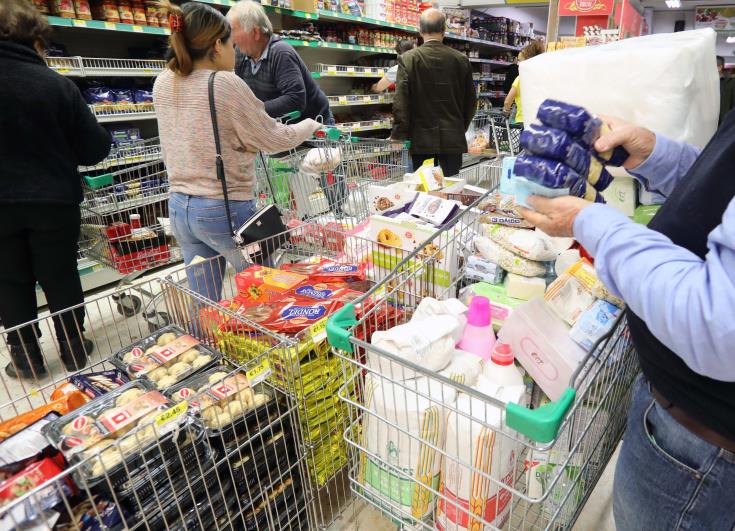 The Cyprus Consumers Association said on Tuesday that no price gouging has been observed on products, while some consumers have reported the opposite.

Its president Marios Drousiotis told the Cybc that increased prices have been observed at certain selling points, although that doesn’t constitute price gouging as increased prices may be attributed to the fact that they are secondary sellers of products and need to raise prices to make a profit.

President of the Pancyprian Consumers’ Union Loucas Aristodemou told  the Cybc earlier on Tuesday that citizens have reached out to the union with horror stories like one man that bought antiseptic at a pharmacy for eight euros as opposed to four at normal price.

Another case concerns a man who purchased a face mask at five euros compared to 0,35 cents before the crisis.

Drousiotis told the CNA that the Association has received complaints from consumers reporting a hike in the prices of disinfectants, noting however that their own investigation did not reveal any price increases at supermarkets.

He added that price increases for disinfectants may have occurred at discount stores but considers those justified as they may have run out of stock imported at cheaper prices. This forces them to replenish stocks from official product representatives at a higher cost, which does not necessarily translate into higher profits for them.

He estimates that supermarkets will not increase prices at this stage, as such a move would be at their own expense in the long-term due to current mistrust among the public who have a heightened sense of potential exploitation by sellers due to the situation.

Asked about supply shortages he said those were limited to last Friday and on the weekend when customers rushed to the supermarkets all at once.

He finally called on the public to buy as much as they need to ensure there is enough stock for everyone, and assured that prices have generally not shifted at big supermarkets.