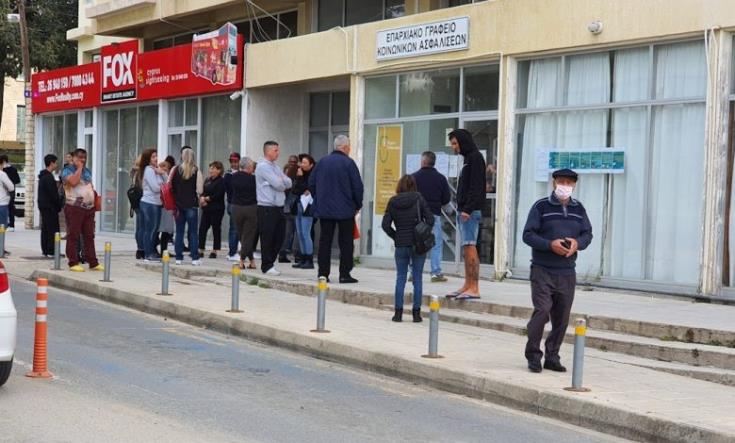 Pictured: Citizens queue outside the Social Security office in Paphos on Monday, March 16.

Citizens gathered in queues on Monday outside government offices, banks, Citizen Centres and post offices in Paphos, the CNA reports.

Citizens reportedly stood outside Paphos government offices in queues, one person per 8 m2 as per the relevant measure following instructions by the personnel.

It was noted that many employees did not turn up for work on Monday following the government’s announcements on Sunday on the operation of various services and other measures.

CNA reports that many Paphos businesses remained closed on Monday as per the government’s instructions.

Philenews reported earlier on Monday morning that queues were also forming at the Citizens Centre at the Limassol old port.

According to insider information, many people turned up at the centre to receive service despite government calls on Sunday to stay home. 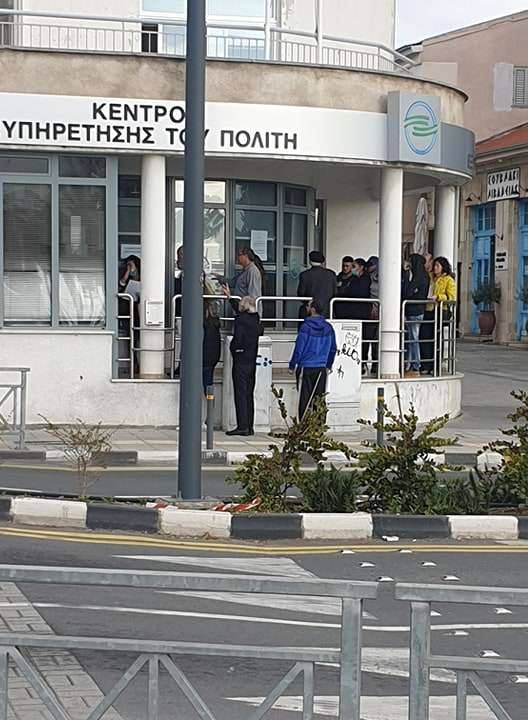